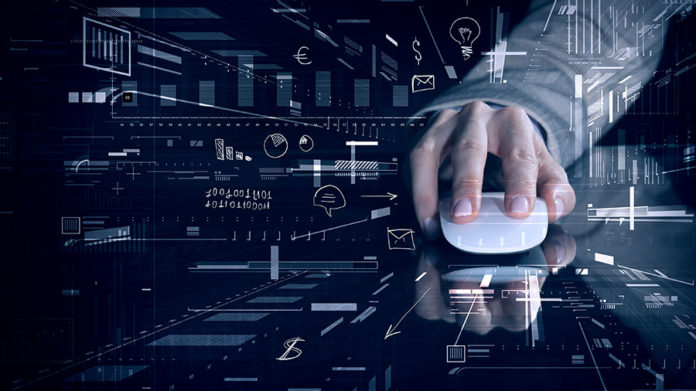 The G7 tax proposals, if adopted globally, will have an impact on India's taxation of foreign or non-resident companies and digital companies with no physical presence. The proposals call for a global minimum tax rate for companies, establish a tax formula and call for the abolition of the digital service tax or the equalization levy. India and other countries will examine whether the profits from international tax avoidance prevention measures are sufficient or more costly.

On Saturday, the group of G7 countries – the US, UK, Germany, France, Canada, Italy and Japan – announced two major proposals that will affect the tax debts of multinational corporations.

These proposals, namely area-based taxation and the introduction of a minimum corporate tax rate, could have revolutionary consequences for several countries, particularly those that serve as tax havens, including the Netherlands, Ireland and Luxembourg, as well as some countries in the Caribbean.

After all, some of the world's largest companies like Apple, Google, Nike, Facebook, Starbucks, etc. are effectively paying very little taxes by creating a network of affiliates incorporated in low tax arbitrage jurisdictions to leverage their profits from their large markets.

The G7 proposals are now to be examined at the meeting of the G20 countries in Venice in July, which also include India and China.

In the meantime, the Organization for Economic Co-operation and Development (OECD) is expected to reach consensus on an Inclusive Profit Reduction and Profit Sharing Framework (BEPS) by October this year. The OECD has over 130 members.

In this article, we briefly discuss each of the G7 tax proposals, the global consensus on them, and the implications for various components of India's corporate tax system.

What new tax measures are the G7 proposing?

At the recent G7 meeting in London, finance ministers and central bank governors of some of the world's most advanced economies agreed on two proposals to tackle international tax avoidance.

The G7 communiqué states: “We are committed to finding an equitable solution to the allocation of taxation rights, giving market countries taxation rights on at least 20% of profits, exceeding a 10% margin for the largest and most profitable multinationals . We will ensure adequate coordination between the application of the new international tax rules and the elimination of all taxes on digital services and other relevant similar measures for all businesses. We also commit to a minimum global tax of at least 15% on a country basis. We agree that it is important to move the agreement on both pillars in parallel and look forward to reaching an agreement at the G20 finance ministers and central bank governors meeting in July. "

Is there a consensus on the G7 proposals?

In April, in a virtual speech to the Chicago Council on Global Affairs, US Treasury Secretary Janet Yellen set countries to reverse a "30-year race to the bottom" – in which countries saw their economies geared towards low tax rates goods and minimal requirements to attract multinational companies and create local jobs. This, in turn, resulted in large corporations paying zero or minimal taxes in the various jurisdictions in which they operated, which meant that market countries could not benefit from the high profit margins of these MNCs.

This has had a disproportionate impact on advanced economies such as the US, Germany and France. According to the results of the Tax Justice Network Report, the US loses nearly $ 50 billion annually to corporate tax evasion; India's annual tax loss is estimated at more than $ 10 billion.

Nevertheless, the proposals to stabilize international taxation and curb tax evasion by enforcing a global minimum are likely to meet with considerable resistance from the G20 countries.

Many relatively low-income and developing countries use low-tax systems to encourage multinational companies to set up locally, which in turn creates positive externalities, e.g. By growing local service industries, reducing talent drain and attracting much-needed working capital, etc. In addition, these countries may not be able to afford stimulus packages or high public spending to fill productivity gaps to stimulate consumption and counteract job losses, for example after the pandemic.

What are the implications for taxation in India?

According to the G7 proposals, India will be able to tax large MNCs doing business in the country – with no physical presence or permanent establishment – at 20 percent of their profits (over 10 percent margin). Therefore, if approved globally, the measure will have an impact on digital companies in all markets where they generate revenue and profits from their online presence. The G7 countries have also called for the digital service tax or the equalization tax to be abolished.

Beginning April 1, 2020, India expanded the scope of its digital tax by imposing a two percent countervailing charge on foreign companies that sell goods and services online to customers in the country if they have annual sales of more than INR 20 million (approximately US $ 275,404). Dollars). . In 2016 India introduced a six percent countervailing charge on the online advertising revenues of large MNCs like Google and Facebook. Taxes on cross-border digital transactions have in many cases been passed on to consumers.

Tax experts in India therefore believe that if the countervailing levy has to be withdrawn, the country will struggle against such a low minimum tax floor, as “taxing 20% ​​of total net income” may not be enough.

Interestingly, India also advocates that its internet user base (which is used for corporate algorithms) be factored in when calculating the taxation of digital multinationals, as a media-cited pro-government source (likely in their discussions at the OECD and G20 levels). This is out of the question in developed countries.

With the Finance Act of 2018, India changed its tax law to expand the scope of the existing term "business relationship" to include the concept of significant economic presence (SEP).

After waiting for a consensus that could not be reached among the OECD countries, India set the thresholds for the implementation of the SEP principle in May (with effect from April 1, 2021).

SEP is primarily aimed at digital multinational companies that operate with no permanent establishment in the country, and the regulations use the user base as the tax limit.

India sets a sales threshold of INR 20 million (US $ 274,825.60) and a limit of 300,000 users for foreign tech companies to pay taxes in India based on the SEP principle. To quote directly, the threshold includes: “Downloading data or software” with sales of more than ₹ 2 billion from Indians or a threshold of 3 lakh number of Indian users with whom such companies “seek systematic and continuous business activity or to interact ”. . "($ 1 = INR 72.77).

The legalistic ambiguity in the SEP's provisions could prove contentious, however, an outcome India's tax landscape cannot afford if the country is to improve its attractiveness as an investment destination. Experts criticize, for example, that services such as systematic and continuous business advertising etc. have to be clearly defined.

Companies that opt ​​for the reduced corporate tax rate also do not have to pay a minimum alternative tax. As a result, India's current effective tax rate is on average on par with leading Asian investment destinations and manufacturing hubs such as China, Vietnam, Malaysia, Singapore, and South Korea.

India Briefing is created by Dezan Shira & Associates. The company supports foreign investors across Asia from offices around the world, including in Delhi and Mumbai. Readers can write to india@dezshira.com for further assistance doing business in India.

We also have offices or alliance partners supporting foreign investors in Indonesia, Singapore, Vietnam, the Philippines, Malaysia, Thailand, Italy, Germany and the United States, in addition to offices in Bangladesh and Russia.

No Tax Breaks for Outsourcing Act launched in Congress