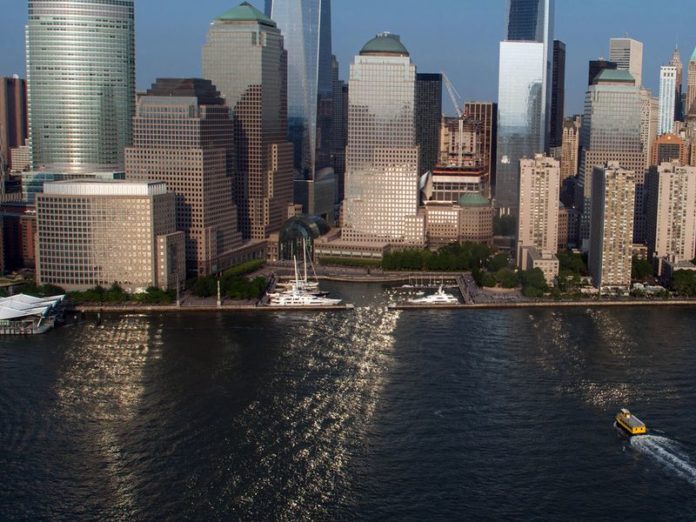 Those dynamics have resulted in a “K-shape” economic recovery. Corporate titans, investors and elite professionals continue to generate profits while the vast majority of working people face unemployment, food insecurity and even homelessness. In the Assembly district I represent, food lines have wrapped around blocks as immigrant and low-income communities have struggled to survive.

The origins of the economic inequality predate the pandemic. One of the root causes was the 2017 Tax Cuts and Jobs Act, which reduced the federal corporate tax rate from 35% to 21%. Now the U.S. has one of the lowest corporate tax rates among Organization for Economic Co-operation and Development countries. The TCJA also provided a 20% tax cut, known as a pass-through deduction, for limited-liability companies and partnerships—which NYU tax expert Daniel Shaviro described as the “worst provision ever even to be seriously proposed in the history of the federal income tax.” In the years from the time Congress passed the Trump tax law until Covid-19 arrived, the majority of corporate profits flowed into shareholder payouts, one-time bonuses, and CEO salary increases. Meanwhile, job growth and wages remained stagnant.

The solution to that giveaway to billionaires is simple: New York must reverse the cuts on the state level with a surcharge. The corporate tax portion of the Invest in Our New York Act would levy a surcharge so that large corporations would pay the same corporate tax as they did in 2017. Opponents of the proposed tax increase, as opponents of all taxes do, are sure to claim that such a move would drive business away from the Empire State, but that’s not true.

First, New York’s corporate tax is unusually low given the size and dynamism of our economy, the 10th largest in the world. New Jersey and Pennsylvania tax corporate profits at almost double New York’s rate. Secondly, much like millionaires, who rarely migrate for tax reasons, big corporations face similar constraints. New York provides a labor market rich in skilled professionals, advanced (if underfunded) infrastructure and sophisticated commercial networks. Businesses could pay fewer tax dollars by leaving the state, but only at the cost of losing even greater profits, as their commercial success relies upon the local connections they have built up, their client base, their reputation and their community.

Fortunately, New York is wealthy enough to finance a full recovery from the pandemic, but only if we can summon the political courage to raise taxes on the wealthy and big business. With just weeks left in state budget negotiations, New Yorkers face the very real prospect of historic cuts to public services as well as massive job losses. We must make those who have profited off our work and our suffering for years pay their fair share to fund the recovery we all need. Our working-class communities deserve not just the ability to survive but to live, work and raise their families with dignity.

Tax query: Do it’s important to take RMDs for retirement this yr?

5 Missed And Well-liked Tax Breaks You Can Declare On Your Tax Return –...

Ken Morris: Put together now for the anticipated tax law adjustments for the following...