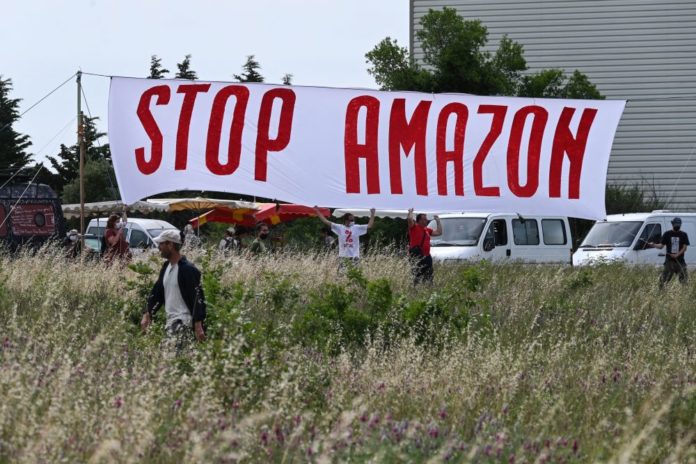 On the eve of his first overseas trip as U.S. president, Joe Biden is pushing for a dramatic revamping of international corporate tax policies that could resolve a stalemate between the United States and Europe over taxing America’s Big Tech sector and make it much harder for all major multinational corporations to exploit tax havens.

Meeting in London on Friday, the G-7 finance ministers are expected to endorse a proposal by Biden and U.S. Treasury Secretary Janet Yellen for a minimum global corporate tax of at least 15 percent, part of a measure that major governments hope will yield corporate taxes that are not getting paid worldwide. The Organization for Economic Cooperation and Development (OECD), which is responsible for writing tax guidelines in the world’s wealthiest nations, is leading the discussions. This week, the new OECD secretary-general, Mathias Cormann, called Biden’s plan a “game-changer” and said he was “quietly optimistic” about reaching an international deal on taxing multinational companies.

Biden is also asking the G-7 and G-20 nations to approve an additional proposal requiring the world’s largest and most profitable companies to pay taxes in any country they sell goods or services to. The new approach would upend century-old policies that now make it legally necessary for corporations to be physically present in countries where they are taxed.

Both the Obama and Trump administrations refused to consider a digital tax specifically targeted at companies such as Google, Facebook, Amazon, and Apple. And until now, countries haven’t been able to tax the profits of goods and services sold under their jurisdictions if the corporation is not headquartered there. Under the Biden administration, the United States has gone from being the No. 1 holdout on corporate tax reform to the champion for such a transformation—including new taxes on Silicon Valley’s tech titans.

It’s far from a done deal, with Ireland and other tax havens resisting the Biden proposal, but U.S. officials say they fully expect an endorsement from the G-7 as well as major G-20 nations such as Japan, India, Argentina, and South Africa. On Wednesday, the Biden administration imposed, and then immediately suspended, 25 percent retaliatory tariffs on six countries—Austria, Britain, India, Italy, Spain, and Turkey—that have imposed a tax on digital services that Washington says discriminates against U.S. companies. The move was interpreted as a warning to go along with the Biden proposal.

“It’s a negotiating ploy,” said Michael Greenberger, an expert in international finance at the University of Maryland. “Essentially, what they’re telling these countries is this is not a free vote for you. There’s a significant threat of pain, and we’re going to give you six months to think about this.”

If approved by the G-7 ministers, Biden is expected to sign off on the deal at his summit next week in Cornwall, England. If an agreement is then reached by the G-20 finance ministers at their meeting in July—and finally by leaders at the G-20 summit in October—the changes could amount to a virtual revolution in international corporate tax policies.

And at a time when multilateral trade negotiations are stalled, the forthcoming pact could also open the door to new trade deals, some experts say.

“This agreement could be the starting point for the reemergence of multilateralism in international trade,” said Eduardo Baistrocchi, a professor of tax law at the London School of Economics. “The next stage might be a new wave of free trade agreements.”

A senior Biden administration official told Foreign Policy that the “two pillars” of the negotiations amount to a trade-off. The administration will demand agreement on one pillar—a minimum global corporate tax of 15 percent—in exchange for the ability to tax U.S. digital giants and other multinationals that often find tax havens where they are charged only a few percentage points.

“We’ve never had as much momentum as we’ve had now,” the official said. Such changes would also have to be approved by Congress, but administration officials believe some Republicans might be on board, and the filibuster rule that has blocked so much legislation could well be eliminated by the time the proposal comes up for a vote, perhaps next year.

For Biden, the new corporate tax plan is integral to his broader aim of reorienting the U.S. and global economy away from exploitation by major corporations and back to labor. Biden’s “Made in America” tax plan seeks to eliminate incentives for offshore investment and reverse a trend under which, even though U.S. corporations are the most profitable in the world, the United States collects less in corporate tax revenues as a share of GDP than almost any advanced economy in the OECD.

Yet the problem of missing corporate tax revenue affects all advanced economies. For more than a decade since the Great Recession, revenue-strapped major countries have sought to find ways to collect tax revenue for multinationals that have headquartered themselves in tax havens such as Ireland, Switzerland, Luxembourg, and Caribbean locales like the Cayman Islands. The so-called race to the bottom among countries has driven down corporate tax rates substantially over the last two decades. The average statutory corporate rate among OECD countries was 32.2 percent in 2000; by 2020, this had fallen to 23.2 percent, according to the OECD.

“Our goal is to end the global race to the bottom in terms of corporate taxation,” said the administration official. “Every country is made worse off by tax competition, especially workers. … When people say they feel the system is rigged, and when you consider why we have such extreme inequality, tax is a big part of the story.” The official pointed out that corporate revenue as a share of U.S. GDP fell from an average of 2 percent in 2000 to 1 percent in 2018 and 2019. “That’s one-third of the average of the OECD,” the official said. “And we have to fix it.”

Even before Biden assumed the presidency, the web had been slowly closing on tax evasion by individuals. In recent years, the OECD, working with more than 100 countries worldwide, adopted new international standards on the automatic exchange of information for tax purposes that have curtailed the use of tax havens and resulted in more than $100 billion in additional tax revenues to OECD countries, according to the organization’s data.

And in 2019, the OECD proposed a new formulation for the way taxing rights are allocated across jurisdictions to address the tax challenges arising from the digitalization of the economy. Its proposal would empower states to treat some multinationals as single, consolidated entities and tax them on a share of their worldwide profits based on where “real” economic activity occurs. The profits targeted are known as “residual” or excessive profits of higher than 10 to 20 percent margins. Biden’s proposal builds on these ideas.

If enacted, Baistrocchi said Biden’s plan would amount to the “first systemic attempt” to redistribute profits and revenues from tax havens and multinational corporations since the 1930s.

The way to put together shoppers for upcoming modifications

5 methods your spouse can assist you save more cash in taxes – Insurance...