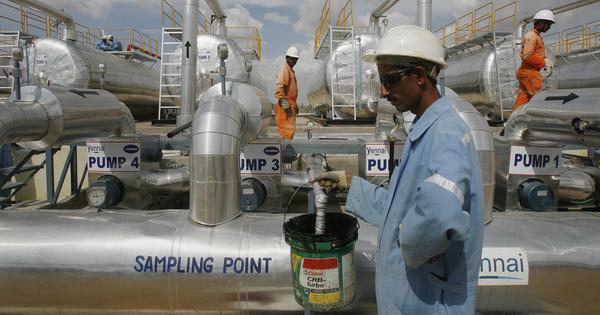 More than 23 crore Indians have been pushed into poverty – below the national minimum wage threshold of Rs 375 – since the Covid-19 pandemic began last year, according to a recent report by Azim Premji University.

The United States, where Cairn Energy is suing India to enforce a $1.2 billion arbitral award, has spent in excess of $5 trillion dollars (almost 25% of its GDP) on the Covid-19 relief package for their people. The United Kingdom, Cairn’s home country, has already spent close to 18% of its annual gross domestic product on the Covid-19 relief package.

But India, a developing country, has not been able to provide commensurate relief to its poor and needy. Hamstrung by its precarious fiscal and monetary situation, India has only spent 8.6% of its GDP in providing Covid relief to its people.

It is in these perilous times when Covid-19 has devastated India with hospitals running out of oxygen and medical supplies, Covid-infected patients are dying due to shortage of medical facilities and the bodies of the victims are washing up on the banks of the Ganga, that the country has been slapped with two arbitral awards by private arbitrators. Appointed by the Permanent Court of Arbitration, in The Hague, Netherlands, they have ordered India to forego over $3.8 billion in taxes due by two foreign corporations – Vodafone and Cairn Energy.

While Cairn has initiated legal proceedings in foreign courts to seize Indian assets including Air India aircraft, its lawyers have now gone on a publicity blitzkrieg, trying to influence public opinion in their favour.

It is rubbing salt into India’s wounds.

Cairns Energy lawyer Uday Walia in a 1,500-word opinion piece published on the NDTV website on May 25 has argued that Cairn has been treated unfairly by the Indian tax authorities.

Walia cited the statements made by former finance ministers, the promise made in the Bharatiya Janata Party election manifesto and even a letter written by former Prime Minister Manmohan Singh to his British counterpart to show that the treatment meted out to Cairn was unjust.

He wrote about Cairn’s corporate restructuring of its Indian businesses and an Initial Public Offering in 2006 which was followed by a survey by the Income Tax Department at its Gurugram offices leading to a tax demand of $6 billion and the forced sale of Cairn’s shares in Cairn India by the I-T department, alluding to India’s “tax terrorism”.

But Walia failed to mention the most crucial aspect of the case: Cairn Energy has not paid a single paisa in capital gains tax on the super-profits it booked on its investments in 2006 in India in any other tax jurisdiction. If the arbitral award is enforced and India is forced to pay $1.2 billion to Cairn Energy, the UK oil and gas behemoth will get away with double non-taxation – no taxes in India and no taxes in the UK.

I would like to remind Cairns’ lawyers what the Dutch historian Rutger Bregman told a gathering of 1,500 billionaires in Davos in 2019: “Taxes, taxes, taxes. All the rest is bullshit in my opinion.”

The tax haven route was taken so that foreign corporations do not have to pay India any taxes at all or at the very least, get away by paying a minimal amount of taxes compared to domestic Indian investors.

Cairn Energy PLC began oil and gas exploration and development business in India in 1996 when it acquired Command Petroleum Limited, an Australian company, and another company named SOCO Australia Limited incorporated in the British Virgin Islands that held interests in the Ravva oil and gas field located in the Krishna-Godavari basin on the eastern coast of India.

Between 1996 and 1997 Cairn Energy PLC restructured its India holdings through a series of intra-group share transfer among entities incorporated in Australia, the UK, the Netherlands and the British Virgin Islands – all these entities derived value from their underlying assets in India. (British Virgin Islands is a notorious tax haven while the Netherlands is one of the world’s biggest route for the pass-through capital. Recently Elon Musk chose the tax-friendly jurisdiction of the Netherlands to route Tesla’s India investment.)

In 2006, by way of a complex web of transactions, Cairn UK Holdings Limited inserted a newly incorporated Jersey company – Cairn India Holdings Limited – between itself and the nine oil and gas business-owning subsidiaries that the group had in India. Jersey is the seventh-most aggressive tax haven in the world.

What Walia describes in his article as a corporate restructuring seemed more a colourable device to avoid paying capital gains tax in India. Cairn’s restructuring involved the sale of its Indian oil and gas assets through an IPO floated in December 2006, routed through a network of offshore companies. As a result of divesting 30% of its stake in the subsidiaries and part of the proceeds from the IPO, Cairn UK Holdings Limited made stupendous profits.

The moot point is that the natural assets (oil and gas fields) that yielded Cairn windfall gains were situated in India and were thus subject to tax in India.

But Cairn avoided paying India its due share of taxes by resorting to indirect transfer of shareholdings. Income Tax Department found evidence that Cairn UK Holdings Limited had failed to report a capital gain and had deliberately not deducted withholding taxes on dividends paid by Cairn UK Holdings Limited to Cairn Energy PLC between 2007 and 2012. The Income Tax Department calculated a total tax liability at $1.2 billion, which after including interest charges amounted to approximately $4.4 billion.

Cairn Energy, like Vodafone India, tried to take advantage of a loophole in Indian law that until 2012 did not specifically provide for taxing indirect transfers of shareholdings of assets situated in India.

In March 2012, India passed the Finance Act, 2012 and tried to plug this loophole. The BJP, then in opposition, went out all guns blazing against the Manmohan Singh government for undermining the country’s “investment climate” by imposing “retrospective tax”. Making United Progressive Alliance’s tax policies look bad helped the BJP look good.

The BJP projected itself as a friend of big capital, both in India and abroad, a tactic that helped to propel the party to power. While casting India’s tax stand in a negative light might have been in BJP’s political interest, it was certainly not in India’s national interest – a belated realisation that the BJP government at the Centre has now come to.

The Cairn Energy arbitral award is a product of an international economic law regime that is completely skewed in favour of the financial and business interests of the capital-exporting developed world. For the past several decades, a combination of double taxation avoidance agreements and bilateral investment treaties have been bleeding the developing world of its much-deserved and needed tax revenues. Cairn Energy has won the award under the India-UK bilateral investment treaties.

Stanimir Alexandrov and Laurent Lévy are two out of three arbitrators who have delivered the Cairn arbitral award. Lévy is a partner at Lévy Kaufmann-Kohler, a Geneva-based law firm specialising in international arbitration. His bio says he has extensive experience in corporate disputes, mainly in the areas of oil, gas, air and space and finance industries. Alexandrov runs his own private law firm/consultancy in Washington DC.

Both are “repeat arbitrators”, part of a small club of lawyers or academics, who in between presiding over multi-billion-dollar arbitration cases work with commercial law firms as private counsel or carry out private consultancy promoting the interests of big corporations. Both Cairn and Vodafone arbitrations were carried out in capricious secrecy, with proceedings not open to either public or the press. Does it not bother the conscience of the developed world to allow private counsels with flourishing commercial practices to order a poor country like India not to tax foreign corporations on the money they have made in India?

The bilateral investment treaties or double taxation avoidance agreements, however, were never supposed to become instruments to evade taxes or circumvent the domestic laws of host countries to deny their due share of the revenue.

The power of the state to act in the public interest and promote the welfare of its people should only be limited by the principles of the rule of law and constitutionality. India’s tax law must apply to both foreign and Indian companies.

India’s power to architect its tax regime according to its development needs is integral to its sovereignty. No private arbitrator sitting in The Hague should have the power to decide who is liable to pay taxes and who is not. That job should be done only by the Indian Parliament. If a dispute arises it must be adjudicated only by Indian courts.

Walia ends his piece by posing a question in the seemingly public interest: how do we attract foreign investment with a record like this?

The history of foreign direct investment shows that foreign corporations like Cairn and Vodafone have invested in poor countries like India primarily to gain access to natural resources such as oil, gas, minerals and spectrum or to reach new consumer markets like the teeming Indian middle class or in order to exploit locational comparative advantage like China’s cheap factors of production. Bilateral investment treaties and double taxation avoidance agreements have had very little to do to attract investments in India.

The perverse interplay of bilateral investment treaties with double taxation avoidance agreements has been bleeding India of much-needed tax revenues. By some estimates, India has lost revenue to the tune of $10 billion-$15 billion due to the Mauritius tax treaty alone. As a result, the wealth created in India has been accumulated not in India, but outside it, in offshore financial centres and tax havens.

India must not only fight Cairn on legal grounds, but it should also launch a full geopolitical offensive, exposing Cairn’s tax avoidance tactics and demanding it pays its due share of taxes on the fortunes it has made by exploiting Indian oil and gas fields.

Ashish Khetan is an author and lawyer. He specialised in international economic law at Cambridge University.

This article first appeared on The Leaflet.

How will Louisiana taxpayers be affected when the so-called “tax swap” bundle turns into...

Tax modifications to know earlier than submitting your 2020 return