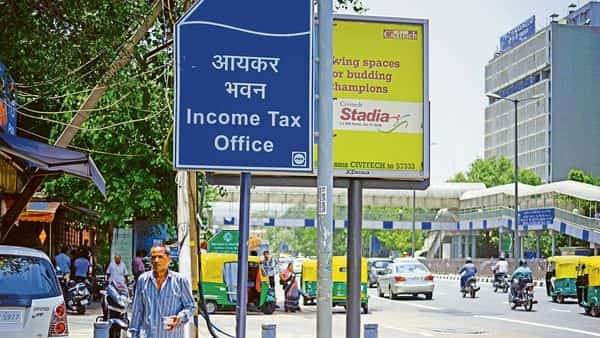 With the new world order of physical distancing and the need to move to a digital environment sooner rather than later, the Indian government has recently taken several steps to introduce a digital interface at the level of direct tax administration. The faceless assessment and complaint system were introduced along with the faceless penal mechanism.

The finance bill of 2021 proposes making the Income Tax Appellate Tribunal (ITAT) faceless. This step will reduce compliance costs for taxpayers, increase transparency and file complaints at the same time. In addition, an even distribution of work on different benches is achieved with optimal utilization.

Also read | The limits of privatization in India are pushing

The budget speech was about face-to-face hearings that should be held by video conference if necessary. It must be emphasized that in most cases lengthy filings can be several hundred pages long and therefore need to be well articulated to explain the taxpayer's point of view.

Since the Tribunal is a final investigative body, a face-to-face hearing will give members a better understanding of the taxpayer's perspective in order to appreciate the intricacies of tax law and its applicability to a case. The Appeals Forum, which is not a mere extension of the assessment process, is responsible for a detailed examination of the problem at hand and for aligning the factual matrix with the applicable tax laws.

In such a situation, a personal hearing will be the basic stepping stone in making a well-founded and reasonable decision. The Supreme Court in the case of Rajesh Kumar v DCIT 157 Taxman 168 (SC) (as approved by the SC in the case of Sahara India (Firm) v CIT (2008) 300 ITR 403) has emphasized the principles of natural justice based on two pillars is based: (i) Nobody may be condemned unheard (audi alteram partem). (ii) Nobody is allowed to judge their own cause (nemo debet esse judex in propria sua causa).

The Supreme Court in the case of P.N. Eswara Iyer v Registrar, SC, (1980) SCR (2) 889 has also highlighted the importance of the oral hearing, stating that “audi alteram partem” is a core value of our judicial system and is too deeply embedded in our constitution order. It is not just court orders, but also government orders that may require an appropriate hearing, as provided by the Supreme Court in the case of S.L. Kapoor versus Jagmohan & Ors. 1981 AIR 136, citing the Orissa State decision against Dr. Miss Binapani Dei AIR 1967 SC 1269, in which it was stated that "… also an administrative order which has consequences under civil law, in accordance with the rules of natural justice …".

Therefore, a face-to-face hearing on an as-needed basis at the tax administration level, as indicated in the budget speech, may not be properly reconciled with "natural justice", particularly at the ITAT stage.

In connection with the faceless grievance system registered in September 2020, a written petition has been submitted, which treats the right to be heard (by VC) under the system at its discretion. We understand that the Delhi Supreme Court has sent the government a notice to hear the matter and a decision is awaited. Although the fine print of the ITAT system is still expected, if the hearing (face-to-face / virtual) issue is not addressed, litigation may increase. So in any case it is imperative to have clarity about the "opportunity to listen" (physical or via VC), which begs the question of whether ITAT can be faceless.

While the wave of digitization will not have a major impact in all areas of our country, it might have been appropriate to draw experience from the programs introduced earlier and to remove various bottlenecks such as infrastructure in various forms in different cities, etc.

Although an announcement has been made regarding the faceless ITAT scheme, with the fine print not yet part of the statute, one will have to wait to see the fuller details of the scheme. The introduction of an appointment system with dynamic responsibility is also mentioned. What dynamic jurisdiction means and whether it would mean operating as a national body would not be known until the system is in place. The need for harmonious integration of the entire ITAT forum into a dynamic jurisdiction in all respects may also need to be considered in order to achieve the goal of easy tax administration, easy compliance and a reduction in litigation.

(Sanjiv K.Chaudhary is an auditor)

* * Thank you for subscribing to our newsletter.

How Video Chat Helped Maryland Legislators Get Their Job Achieved

IRS is anticipated to audit extra small companies in 2021