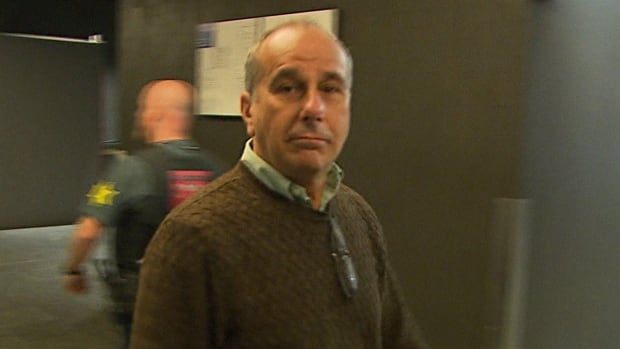 A disgraced Montreal TV executive convicted of fraud is facing allegations from the Canada Revenue Agency (CRA) that he filed false tax returns and hid assets in offshore accounts in Bermuda and other foreign locations.

In 2016, Ronald Weinberg was sentenced to nine years in jail after being convicted in a highly publicized trial of defrauding investors in Cinar, the children’s entertainment production company that he co-founded in Montreal in the 1980s.

Weinberg and his co-conspirators were found guilty in a fraud that diverted more than $120 million from Cinar to the Bahamas in 1999, and later disguised the money trail from investors. The Cinar fraud was connected to a larger scandal involving Quebec-based investment firms Norshield and Mount Real, where investors lost more than $500 million.

Now, The Fifth Estate and Radio-Canada’s Enquête have learned that less than four months after the jury’s verdict in June 2016, the CRA was making new allegations against Weinberg that he “knowingly” or through “gross negligence” concealed millions in foreign assets.

The allegations appear in a Tax Court of Canada case launched by Weinberg against the CRA.   According to a November 2018 CRA summary of Weinberg’s outstanding tax penalties, the business executive had “intentionally concealed any information relating to his business activities and his investments abroad.”

The CRA is claiming more than $348,000 in penalties for not disclosing those assets and alleges Weinberg held millions in accounts in Florida. The CRA also states that Weinberg failed to provide an explanation for nearly $4 million transferred for his benefit from his U.S and Bermuda accounts.

In 2016, Weinberg was sentenced to nine years in jail after being convicted of defrauding investors in Cinar, the children’s entertainment production company that he co-founded. (Paul Chiasson/The Canadian Press)

“Prior to and during the period in dispute, the appellant had investments in the Bahamas, Bermuda and the United States,” the CRA alleges.

In Tax Court of Canada filings, Weinberg’s lawyer, Jean Groleau, said that his client did not have time to prepare a response, given the ongoing criminal trial, and that the relevant documents were “located outside of Canada.”

Furthermore, Groleau said his client was “not the holder” of the foreign accounts, contrary to the CRA’s allegations, and that Weinberg’s accountant never told him he had to fill out forms declaring those foreign assets.

Groleau has asked the court to dismiss the CRA penalties against his client.

Groleau did not respond to numerous phone calls from The Fifth Estate to discuss the Tax Court case.

In a phone call, his partner, Jacques Plante, said neither he nor Groleau could talk because of client privilege.

Weinberg did not respond to numerous requests for interviews.

Court records show the CRA’s tax dispute against Weinberg has dragged on for several years, with no trial date set.

Weinberg was released on day parole in December 2017 after serving one-sixth of his sentence, and received full parole in 2019.

In 2017, his parole conditions required that he pay his taxes and “demonstrate transparency” with his income.

The Parole Board of Canada wrote to Weinberg that “special conditions” of his parole were required given his past “fraudulent” behaviour. The board stated that Weinberg continued to “show indifference towards the investors” of Cinar.

Weinberg made headlines last summer after parole board documents showed he applied for, and received money from the COVID-19 emergency relief program (CERB).

His case management team overseeing his prison release recommended he return the money to the Canada Revenue Agency, which he did, according to the documents.

“This event gives a glimpse of a certain capacity for deception and manipulation with your version of events,” the parole board wrote.

At the same time, the parole board decided it would “take no action” against Weinberg.

The Tax Court documents obtained by CBC/Radio-Canada might raise new questions about what the parole board has called Weinberg’s capacity for deception.

The board declined to comment about the CRA allegations that Weinberg was concealing his foreign assets. In a statement to CBC/Radio-Canada, the board said it could not comment on a specific case but added, generally, that “an offender can also be returned to prison at any time if they breach their parole conditions.”

The documents alleged that the CRA learned about Weinberg’s undeclared assets after auditing his 2002 to 2012 tax returns. 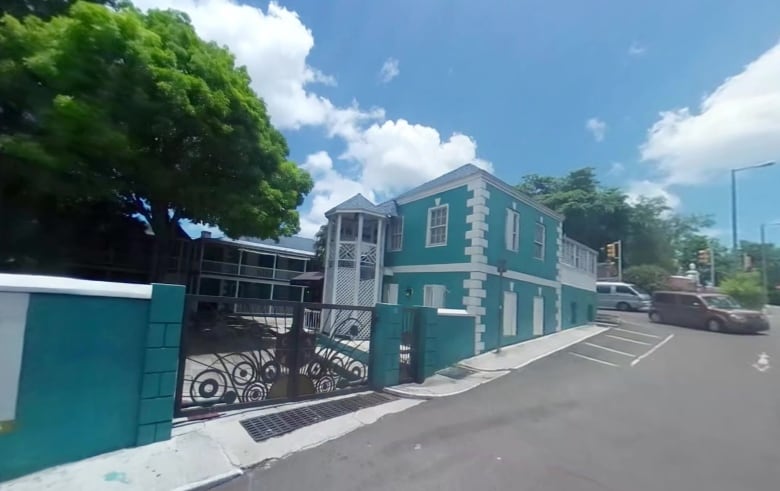 The Canada Revenue Agency alleges that Ronald Weinberg failed to report foreign ownership of accounts in Bermuda that are connected to the Nassau-based Barrington Bank. The bank had come under scrutiny by lawyers and forensic accountants tracing the Cinar money. (CBC/Radio Canada )

The documents allege that Weinberg had undeclared assets with two banks in Florida. They also allege that he failed to report foreign ownership of accounts in Bermuda that are connected to an offshore service provider in Nassau, the Barrington Bank.

The Barrington Bank had  come under scrutiny in the mid 2000s by lawyers and forensic accountants tracing the Cinar money.

The bank was run by Canadian Michael Morris, who had advertised on his website that he was serving only a select group of clients and would “safeguard” assets from creditors.

Montreal lawyer Bill Brock said he wanted to question Morris in his civil lawsuit against Weinberg, but Morris refused to testify.

Brock eventually settled out of court with Weinberg without getting access to the complete Barrington Bank accounts.

Those men, along with Weinberg, were found guilty of fraud in June 2016. A fourth man, Cinar’s chief financial officer, Hasanain Panju, pleaded guilty earlier for his role in the Cinar fraud.

Lawyer and asset tracer Wes Voorheis was also hired to find the missing Cinar money in 2004. 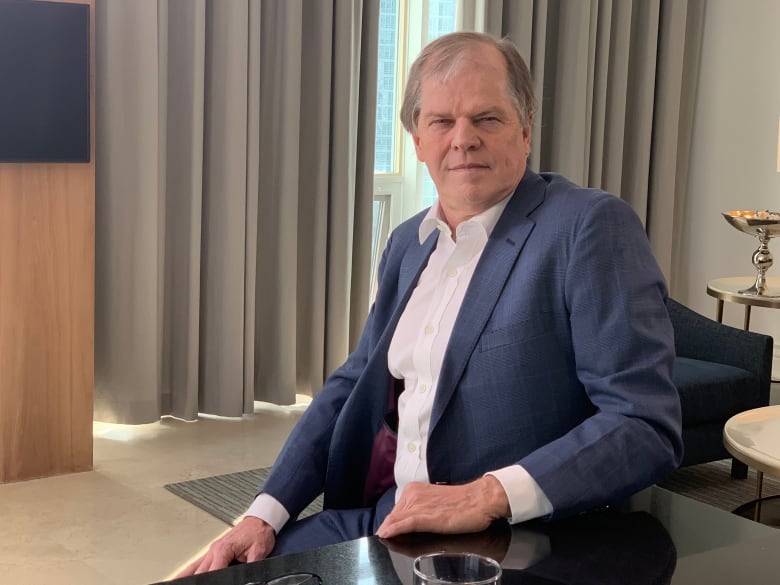 Lawyer Wes Voorheis, managing partner of Voorheis and Co., was hired to find the missing Cinar money in 2004. (Harvey Cashore/CBC)

“I don’t like these guys. Tell the truth, pay your taxes, abide by the law, do what the rest of us do. These guys don’t do that,” Voorheis told The Fifth Estate’s Mark Kelley.

“When people commit fraud, they almost always have money hidden somewhere in the world.”

Court documents obtained by The Fifth Estate/Enquête, as well as offshore leaks of financial data, show the involvement of numerous other accounting, financial and offshore firms that Weinberg and his co-conspirators used to hide money from investors, creditors and the taxman.

Investors say the entire scandal reveals how average Canadian investors have few protections when up against financial institutions and offshore secrecy.

Janet Watson is one of thousands of investors and pensioners who lost money in what Crown prosecutors Matthew Ferguson and Celine Bilodeau have called one of the largest frauds in Canadian history. 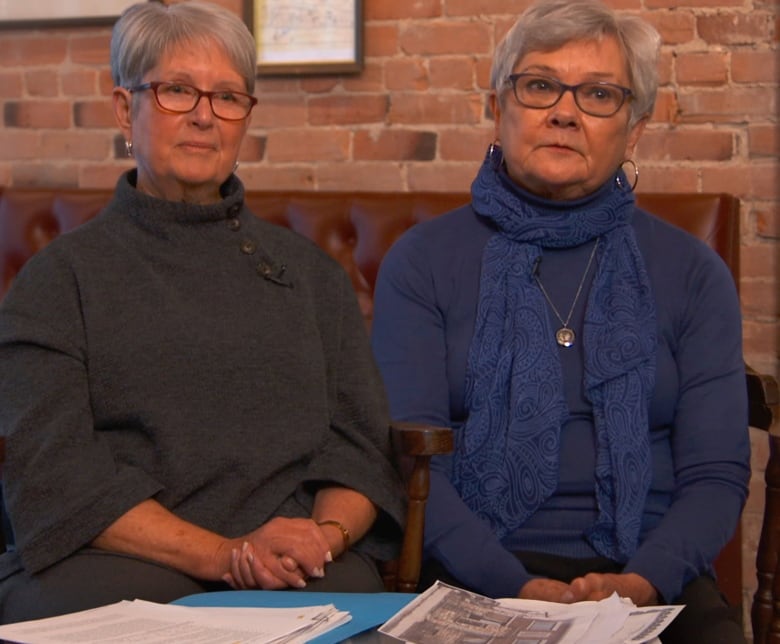 Catharine MacDonald, left, and Janet Watson lost money in what has been called one of the largest frauds in Canadian history. ( CBC/Radio-Canada)

Watson said she believes that whatever money was left in the companies was first paid out to larger institutions and banks.

“If you’re standing in line to get your money back and you’re a big institution like a bank … and then there’s the small investor, who are you going to pay back first?”

So where did the missing millions go?

The answer to that question might be found in the Isle of Man, a tiny Crown dependency in the Irish Sea.

The offshore tax haven attracts accounting firms from all over the world, offering clients confidentiality in their business dealings. 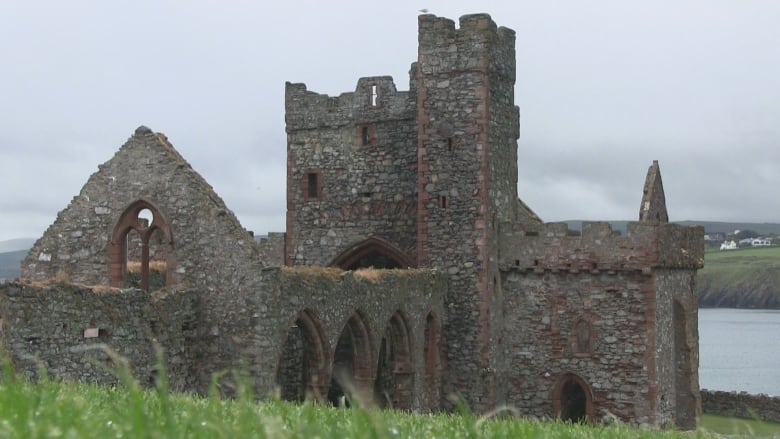 The Isle of Man, a tiny Crown dependency in the Irish Sea, is an offshore tax haven that attracts accounting firms from around the world. (Harvey Cashore/CBC)

The Fifth Estate and Enquête discovered four companies set up there named after ancient swords and daggers: Sceax, Spatha, Katar and Shashqua.

They were set up at the exact time the Cinar/Norshield co-conspirators began hiding their money from lawyers and forensic investigators in December 2001. And three of them were closed down exactly when the courts closed down Norshield in 2005.

“The timing is too coincidental to be just a coincidence,” said Voorheis, who reviewed the documentation obtained by CBC/SRC.

“If I had got this information … while we were still on the scene, we would have tried to get to the bottom of this.” 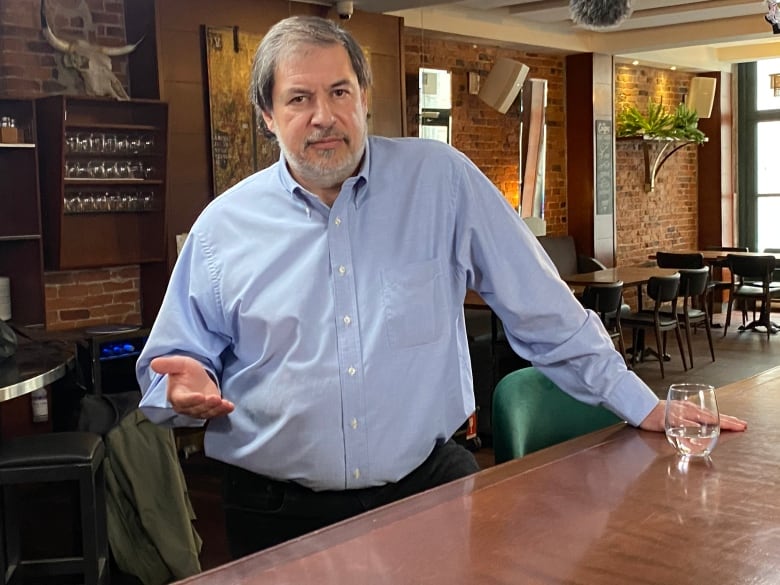 The Shashqua documents reveal that Weinberg’s banker, Morris, became a director of the Isle of Man company when it was set up in December 2001.

Weinberg had previously admitted in an examination for discovery that he had an “indirect beneficial interest” in a company set up by Morris and the Barrington Bank in about 2002.  Weinberg claimed not to know the name of the shell company set up for him.

So could Shashqua be the company connected to Barrington Bank that forensic investigators probing the Cinar fraud had been looking for?

Shashqua applied to dissolve as a company in the Isle of Man on Sept. 21, 2016, the exact day that Weinberg’s lawyer stated in Tax Court of Canada documents that his client was transmitted a package from the CRA about his undeclared offshore assets.

Weinberg’s tax lawyer, Jean Groleau, did not respond to an email from journalists about his client using offshore companies on the Isle of Man.

Morris did not respond to a request for an interview.

Voorheis said, on the surface, the connection between Shashqua and Weinberg appears to be “beyond coincidence,” but more work needs to be done to find out if that is the case.

He suggests it is up to the federal government and regulators to pursue this new information because it would be too expensive and time-consuming for the private sector.

Does a Bermuda trust manager have answers?

There is another clue that might reveal where the money went — the name of a Canadian-trained accountant working in Bermuda.

William Maycock shows up in Isle of Man registry documents in connection with three of the four “Sword” companies — Sceax, Katar and Spatha — as the person who controlled the money on behalf of the unnamed beneficial owners. 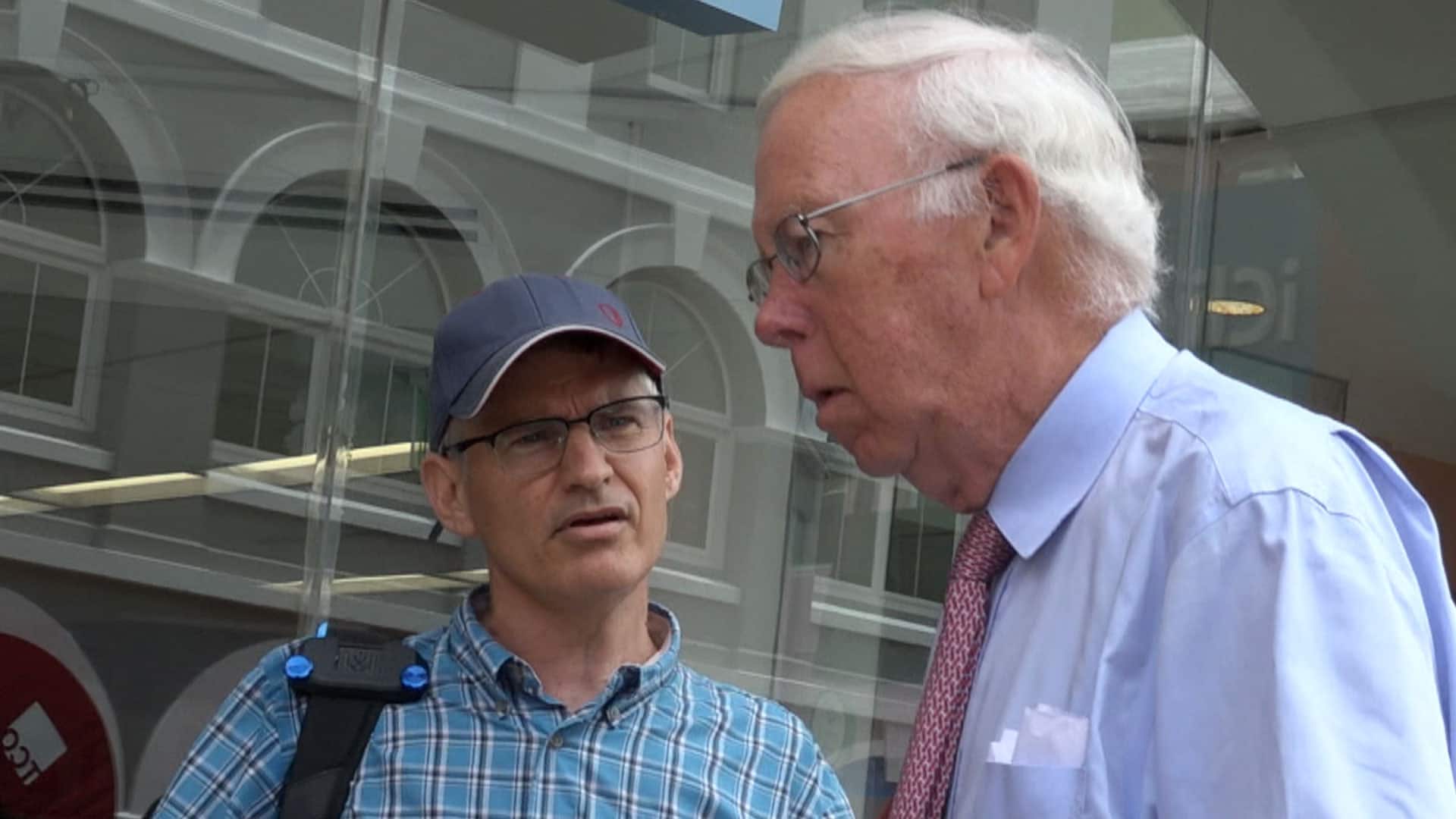 The documents show he disbursed the money out of two of the companies at the end of June and beginning of July 2005.

That timeframe is potentially significant because it is when Norshield was taken over by court-appointed liquidators and receivers.

Documents produced at the criminal trial show that Matteo, one of the co-conspirators in the Cinar fraud, was also making efforts at the end of June 2005 to hide investors’ money.

An email exchange from June 28, 2005, shows Matteo’s team trying to hide money offshore “so the liquidators cannot get it.”

Bermuda-based Maycock did not respond to questions in an email about possible connections between the Cinar/Norshield fraud and the “Sword” companies. In 2017, he told the CBC he was not protecting anyone.

Matteo denied any personal knowledge of the Sword companies.

“I suspect you’re onto something, but I can’t — I’m not in a position to confirm or — any further,” he told The Fifth Estate’s Kelley. “If I can get my hands on something more concrete, maybe we’ll have another conversation one day, but right now, no I’m not prepared to speculate.” 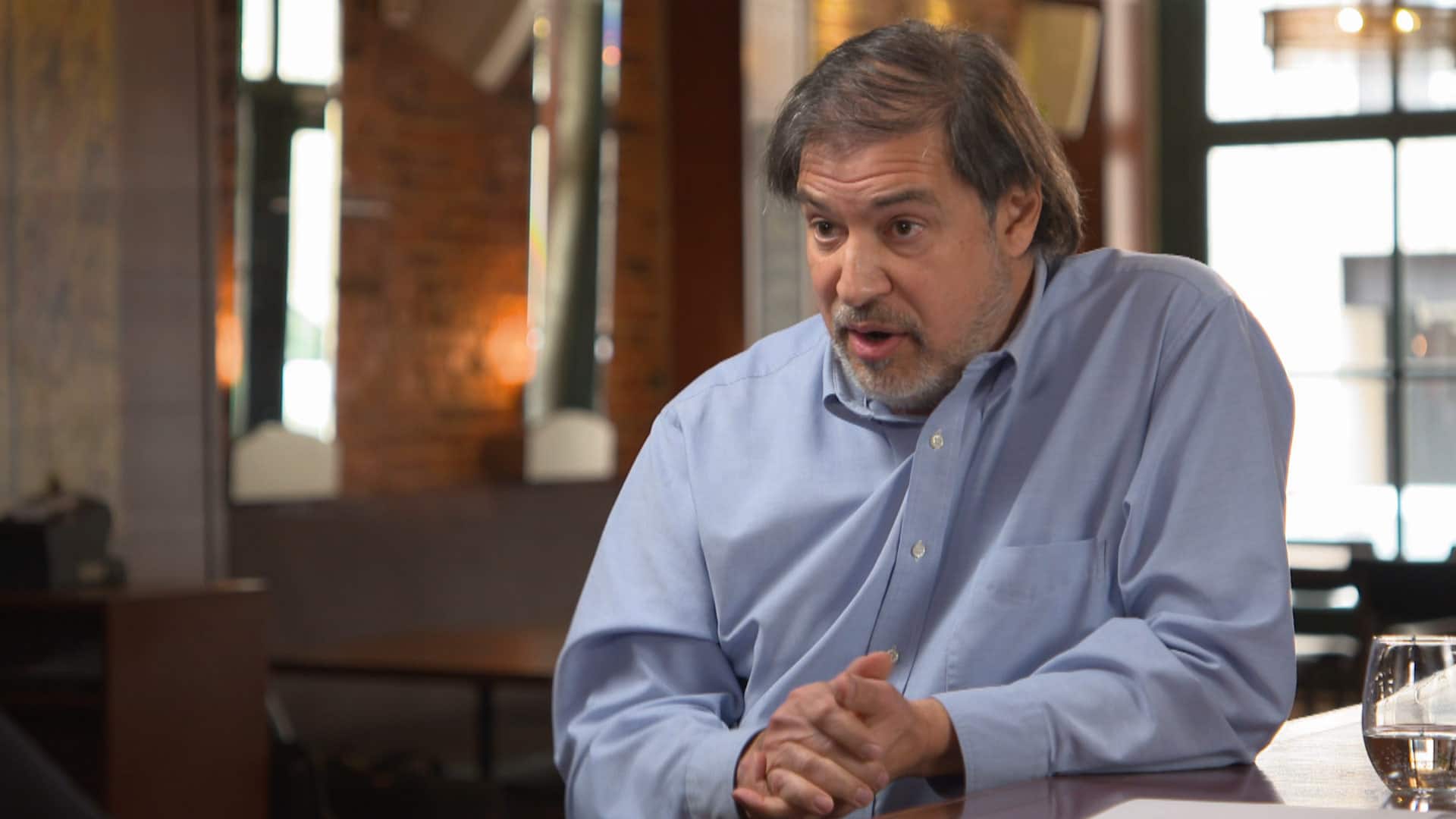 Lino Matteo was found guilty of fraud after hundreds of millions of disappeared offshore. He agreed to answer questions for the first time from Fifth Estate host Mark Kelley. 0:16

When probed by Cinar lawyers during an examination for discovery in 2007, Weinberg admitted that he travelled several times to Panama but denied having any business dealings there. He said his parents had footed the bills for his trips.

According to a recent article written by his spouse, Annick Bélanger, Weinberg went shopping for real estate in Panama in 2005.

In last summer’s edition of Private Islands, a glossy luxury travel magazine, Bélanger said the couple travelled to Panama 15 years ago because her husband “had a business opportunity” there.

She said they bought a private island in the popular Bocas del Toro archipelago and turned it  into a luxury resort catering to the rich and famous, complete with an all-teak nine-room villa on stilts over a coral reef.

“The guest list, which is highly guarded, includes an Oscar-winning producer and director, actors, fashion icons, real estate titans, Wall Street bankers, tech entrepreneurs and philanthropists,” according to the magazine.

Bélanger didn’t respond to CBC/Radio-Canada’s questions about Weinberg’s involvement in the purchase of the property.