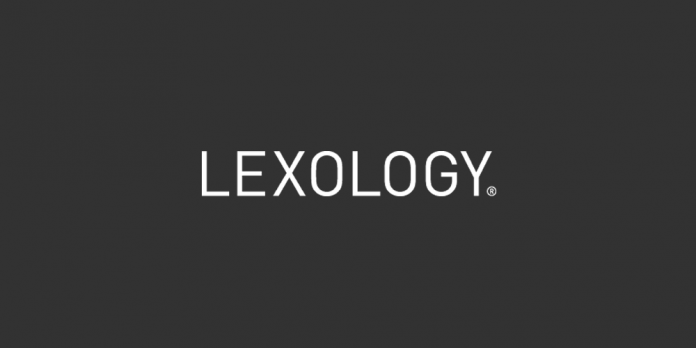 The "Distributed Ledger Technology" offers a wide range of possible uses. Thanks to Bitcoin, Ethereum and others, blockchain technology is known to the general public. The large number of available cryptocurrencies has now even moved into the focus of institutional investors as a highly volatile investment vehicle. The hype was and is fueled by “Initial Coin Offerings”, in which company-owned tokens are used to finance companies and projects.

Since the beginning of the year there has also been talk of non-fungible tokens (“NFTs”) in the crypto world. These are unchangeable, unique items in the form of tokens that embody “securitized” rights and grant the holder (“tokenization”). Tokenization is used, for example, for digital works of art to prove authenticity and authorship and to protect against unauthorized duplication.

The legal challenges associated with NFT are many. From a tax point of view, trading in NFTs is subject to some special regulations, which we would like to discuss here.

Income tax law does not have any express regulations on the taxation of income from the receipt, exchange, holding or sale of coins, tokens or transactions within the blockchain.

Therefore, the "usual" taxation principles are applied based on the current legal situation. These principles had previously been submitted by the Hamburg tax authority (ordinance of December 11, 2017 – S 2256-2017 / 003-52) and the state tax office of North Rhine-Westphalia (April 20, 2018, No. 04/2018) for the sale of bitcoins . They are also applied to other coins / tokens.

Capital gains realized by natural persons or partnerships can either be subject to taxation as:

Current income (e.g. income from cash and cash equivalents) in private assets could also be classified as other income according to Section 22 No. 3 GITA.

In particular, there is legal uncertainty regarding the important distinction between commercial and private (i.e. asset management) activities. The Federal Fiscal Court has already developed criteria for differentiating between commercial securities dealers, real estate dealers and precious metal dealers. If these criteria can be applied to coins / tokens, a commercial activity can be assumed, e.g. B. If (i) there are short-term and frequent sales; and (ii) the use of debt.

If there is income from private sales transactions, sales gains of up to 600 euros are tax-free in the assessment period (Section 23 Paragraph 3 Clause 5 UGB). If the period between purchase and sale is more than a year, the profits are fully tax-free. If income is generated from assets used as a source of income in at least one calendar year, the period is extended to ten years.

Whether the exchanged coins / tokens are left as FIAT currency on the "exchange" (i.e. a central or decentralized exchange for coins / tokens) or are transferred to an account with a payment service provider (e.g. PayPal, Binance credit card, etc.) or a credit institution (e.g. Cash-out) should be irrelevant for the question of whether a taxable sale took place during the holding period. The wallet on the stock exchange should also be attributed to the taxpayer's sphere of wealth.

The income tax burden is based on the individual income tax rate (plus solidarity surcharge and, if applicable, church tax). Income from commercial activities is also subject to approx. 13% to 18% trade tax, whereby the trade tax allowance of EUR 24,500 and an income tax credit could be applicable.

In some cases, taxation according to the regulations for capital assets in the amount of capital gains tax (26.375% including solidarity surcharge, possibly plus church tax) is also being discussed. The tax office has not yet commented on this, but in response to a brief request from MP Frank Schäffler, the Federal Ministry of Finance has now indicated that it basically classifies cryptocurrency transactions in the regime of §§ 22, 23 GITA.

If a corporation sells coins / tokens, the profits are always subject to corporation tax plus solidarity surcharge and trade tax totaling approx. 30%, regardless of the holding period.

Discussion in case law: Coins / tokens as "other assets" in private sales transactions

So far, little information is available from the tax courts, as they have so far only had to decide on matters relating to cryptocurrencies by way of an interim order.

The subject of the proceedings before the finance court Berlin-Brandenburg (judgment of June 20, 2019 – 13 V 13100/19) was the qualification of the income from the exchange of Ethereum for Bitcoin as other income from private sales transactions. With reference to the technical processes, the plaintiff stated that the income was not achieved through acquisition and sale. In the absence of enforceable rights of economic value, the coins should not be "other assets" in private sales transactions. However, the tax court had no serious doubts about the taxation carried out and classified Bitcoin as a taxable private asset that would be accepted as a means of payment for business use. The tax court did not discuss whether the technical design of a coin should have different legal consequences. In the reasoning for the decision, however, the tax court refers to Bitcoin, even though it was Ethereum.

The Nuremberg Tax Court (judgment of April 8th, 2020 – 3 V 1239/19), on the other hand, had considerable doubts about the taxation by the tax office in another case, which raised the question of whether coins / tokens were “other assets”. The taxpayer countered classifying the tokens as an asset, arguing that they were very volatile. The tax court complained, among other things, that the tax office had not understood the technical processes and thus failed to ascertain the relevant facts, although it was responsible for ascertaining them if it wanted to increase the taxpayer's tax burden (subject to the taxpayer's obligation to cooperate). However, the tax court found that the existing tax regulations were sufficient to assess the taxation of business transactions with a cryptocurrency.

Federal Ministry of Finance shares the view: cryptocurrency is "other assets"

So far, the Federal Ministry of Finance has not explicitly commented on income tax treatment, but only on sales tax treatment and the sales tax exemption for trading platform services.

As already mentioned, as a result of a brief inquiry in the German Bundestag on the “taxation of crypto currencies” in April 2021, the Federal Ministry of Finance confirmed the above legal opinion of the financial authorities of the states. The Federal Government regards virtual currencies as digitally represented units of value of currencies which are not issued or guaranteed by any central bank or public body and do not have the legal status of currency or money, but whose units of value are used by natural or legal persons as a medium of exchange and can be used electronically and thus as "Other assets" are transferred, stored and traded. In summary, the tax classification is:

Due to this legal opinion, the Federal Government sees no need for separate tax regulations. What is interesting about the answer from the Federal Ministry of Finance is that the insertion of "especially" in individual cases leaves the door open for other classifications (e.g. as fixed assets).

Do the general income tax principles apply to taxing NFTs?

The starting point for NFTs is the concept of “other assets”. It includes all pecuniary benefits that are not equivalent to land or rights that are not equivalent to land, can be assessed independently and can be used over the long term. These include (i) securities, the sale of which has lost importance since the assessment period 2009 due to Section 20 (2), Section 23 of the German Commercial Code (HGB); and (ii) personal movable property (e.g., works of art, animals, and rights).

At first glance, these criteria should apply to NFTs. On the one hand, tokens fulfill a usage component by granting the holder the "documented" right (e.g. to a digital work of art). On the other hand, tokens are transferable and tradable. Prominent examples of digital art auctions show the added value potential behind tokenized art. The independent valuation can therefore be seen in the sometimes horrific prices, and the long-term benefit may be questionable in terms of the amount, but not the substance. Ultimately, the owner of the NFT receives a certain “evidenced” right and thus an intangible asset, which is a term known from tax law.

There are also examples of everyday objects that are even more familiar. The Federal Fiscal Court (judgment of October 29, 2019, Az. IX R 10/18, BStBl II 2020, 258) has decided on the taxation of the capital gain from the sale of tickets for the final of the UEFA Champions League. The plaintiff had purchased the tickets in April 2015 on the UEFA website at a price of 330 euros and originally intended to take part in the final himself. In May 2015 he decided to sell the tickets and made a profit of around 2,900 euros. Due to the high demand and the possibility of black market trading, the tax authorities presented the usage component as an entry ticket as well as a value enhancement component of the tickets. As a result, the tickets are to be regarded as “other assets”, the sale of which may be subject to the taxation of a private sales transaction. The Federal Fiscal Court followed the view of the tax authorities. This should also apply to NFTs with which such tickets could be personalized in the future.

If the NFTs are not sold by a corporation or the sale of a commercial activity can be attributed to a natural person or partnership, the sale should also be subject to the regulation of income from private sales transactions. Based on the previous and rudimentary information provided by the tax authorities, it can currently be assumed that they will not differentiate between the forms of tokens for income tax purposes and will be taxed uniformly.

The world of blockchain remains agile and is characterized by hype. The future will show whether individual implementations can also be established outside of the “analog” financial world.

From a tax point of view, the brief inquiry in the German Bundestag contributed to the Federal Ministry of Finance disclosing its opinion on the taxation of tokens, at least to a small extent. The letter from the Federal Ministry of Finance on income tax treatment, which is coordinated with the state tax offices in order to create legal certainty, has long been expected. However, this letter was announced over two years ago. Taxpayers shouldn't expect a positive surprise. In any case, it remains to be seen whether the previous view of the administration will stand up to the assessment of the tax court without taking into account the technical intricacies of the coins / tokens.

In any case, it can be assumed that the tax authorities will in future not take a separate position on every possible blockchain use, but instead rely on the traditional tax system. With the taxation standards for commercial income, income from services and from private sales transactions, the tax office has extensive taxation options at its disposal.

As soon as the tax authorities have recognized the enormous tax potential (according to the Frankfurt School Blockchain Center approx. 2% of income tax revenue), they will make extensive use of their options. The sale of tokens should always take place in consultation with a tax advisor and the transactions should be clearly documented.

Planning for adjustments in tax law

Set your purchasers up for achievement with the American Rescue Plan