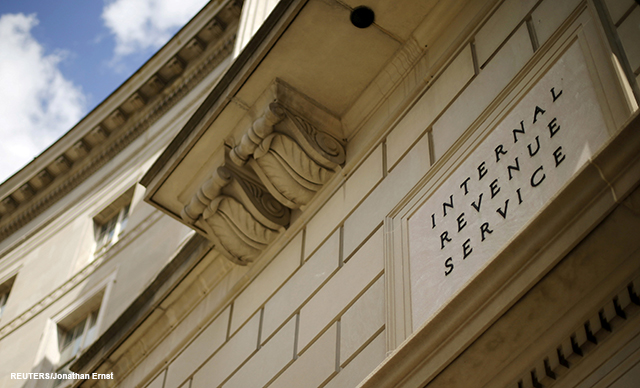 Pinning down whether an activity is a trade or business for tax purposes, whether a tax penalty should be waived for reasonable cause, or the eternal question of when income is recognized for tax purposes — these issues arise often, and CPAs can benefit from being familiar with the judicial doctrines governing them.

That’s the premise of “Top Ten Federal Tax Cases of All Time,” a presentation by Annette Nellen, Esq., CPA, CGMA, during the AICPA & CIMA ENGAGE 2021 conference. Nellen, a professor at San José State University and director of its Master of Science in Taxation program, is a past chair of the AICPA Tax Executive Committee. Her discussion takes place on July 28, beginning at 3:30 p.m. PDT (6:30 EDT).

Although the issues that will be discussed carry a long legacy of controversy, the discussion is meant to be topically relevant to tax practices’ common concerns and help resolve uncertainties, Nellen said in an interview. Accordingly, her talk won’t focus exclusively on historic bedrock cases or on the cases most often cited in subsequent opinions, although those will both be considerations.

“I want to make this as useful as possible,” Nellen said. “In talking about the most important cases to be aware of in practice today, the focus I want to take is, which are good cases to have in your back pocket that might be able to help solve an issue.”

Often, the broad principles of tax law are best appreciated by their contours around taxpayers’ facts. For example, determining when a trade or business begins might hinge on forces beyond the taxpayer’s control. Certainly, the COVID-19 pandemic has brought such concerns to the fore, she observed.

“One question that has come up a couple of times in the last six months was, a business had planned to put some equipment in service but then got closed down by government order. Could they still take depreciation on it?

To that question, the Second Circuit answered, yes, the taxpayer’s depreciation period for its new barge began when it was ready and available for use in the taxpayer’s business, months before the icy New York state canal in which it had been trapped thawed, releasing it for its first service. In so holding, the court drew on several earlier cases and provided precedent for many more after — the case is cited in 35 subsequent federal cases and four IRS revenue rulings, according to Thomson Reuters’s Citator 2nd Series.

Other cases may not be frequently cited but nonetheless will figure in Nellen’s top 10 because they treat certain commonplace practice issues arising under memorable circumstances.

The taxpayer’s tax preparer omitted only one of those forms from the taxpayer’s return for 2006; however, that Form 1099-MISC, Miscellaneous Income, reported nearly $3.4 million in income. The omission resulted in an accuracy-related penalty of more than $104,000, which the taxpayer and spouse contested on claimed grounds of reasonable cause and good faith by showing they relied on professional advice that their return was complete.

“But instead, the court said, ‘You’re responsible for what’s on your return,’” Nellen said, adding that preparers in turn owe it to their clients to allow sufficient time to review their return. “So it’s to remind practitioners to allow a minimum, I think, of a day for the taxpayer to look at it. And for them to remind clients they’re responsible for what’s on that return.”

Some historic cases, by the fundamental nature of the tax issue they settled, are cited frequently, sometimes in the most novel of contexts. One such is Glenshaw Glass Co., 348 U.S. 426 (1955) (over 1,000 entries in Citator 2nd), which is invoked for the principle that income recognition for tax purposes hinges on whether and when taxpayers have “accessions to wealth, clearly realized, and over which the taxpayers have complete dominion.” Nellen noted Glenshaw Glass had figured recently in Chief Counsel Advice 202114020, answering whether a taxpayer who received bitcoin cash as the result of a “hard fork” thereby had gross income.

Sometimes, tax cases can serve as a help when IRS guidance might lead to a less than optimal outcome, Nellen said.

“One I come across frequently is where some practitioners think a rental is not a trade or business for Sec. 199A purposes unless you use that safe harbor in Rev. Proc. 2019-38,” she said. “But there’s a whole body of case law that lays out when a rental could be a trade or business.” (And the revenue procedure itself states that an enterprise that fails to satisfy the safe-harbor requirements might otherwise meet the definition of a trade or business in Regs. Sec. 1.199A-1(b)(14).)

One such recent case is Keefe, 966 F.3d 107 (2d Cir. 2020), aff’g T.C. Memo. 2018-28. In analyzing why the taxpayers did not, as they claimed, engage in a trade or business of renting their historic mansion in Newport, R.I. (and therefore could not claim an ordinary loss), the Second Circuit “laid out very well” the tests taxpayers must meet, Nellen said.

The topics covered in the presentation may indeed be varied, but a touchstone will be preventing difficulties through awareness of both familiar case holdings and others with a lower profile but sound applicability, Nellen said.

“It’s looking at some key cases that can come up, to remind you of how to avoid a problem,” she said.

AICPA & CIMA ENGAGE 2021, the premier event for accounting and finance professionals, will be a hybrid event this year. Join us at the Aria Resort and Casino in Las Vegas or online, July 26–29, for keynotes and sessions on accounting and auditing; tax; technology; leadership; personal financial planning; diversity, equity, and inclusion; and more.