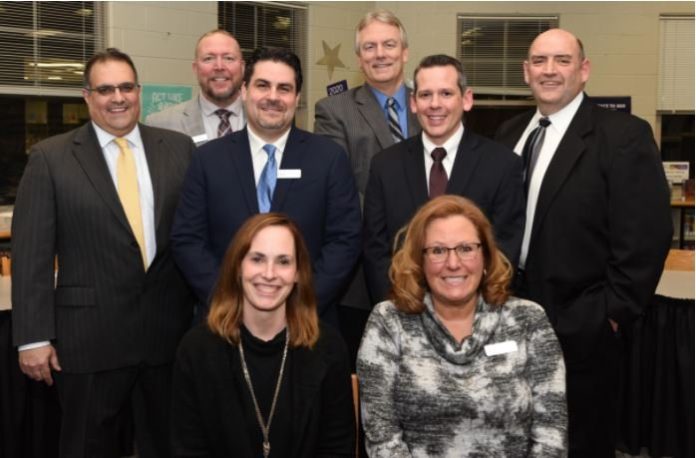 Lemont School District "Removed the toilets" from the yard – OK, it was a reference to Governor JB Pritzker's house where he removed his toilets to get real estate tax breaks, but this one is similar in that the school district is using a highly questionable and potentially illegal method to get around keep away from his farmland property taxes incur on it.

All relevant documents are located: (HERE)

In 2014, the district was still keen to allow Wojciechowski to manage its arable land – and this continues to this day, as the latest "agreement" was approved during their April 2021 school board meeting.

Instead of continuing the lease and receiving the cash rent, the district decided to pay him with public funds to do essentially what he had previously paid them to do.

The Illinois School Code authorizes a school district to rent out its real estate. (See Sections 5-22, 5-28, 15-3 (Farm Lease), and 32-4) – Nowhere in the Education Act is there a distinction between public or private lease except in Section 10-22.11, which discussed the term rental period and number the votes required under these particular conditions.

Since 2014, the district has signed a "contract" with Wojciechowski to pay him US $ 100 per year under a "Noxious Weed Agreement" that provides for compliance Noxious Weed Act in Illinois, Section 3, which reads:

Sec. 3. Each person controls the spread and removal of harmful weeds on property owned or controlled by him, using methods for this purpose and at such times as approved and adopted by the Director of the Department of Agriculture.

Headmaster McConnell answered my questions with the following statement:

"I answer on behalf of the District 113A Education Committee. As you know, the district is responsible for the maintenance of its property. This includes compliance with the Noxious Weed Act (505 ILCS 100/3) and the maintenance of property Um Avoid harassment and other liability traps. The agreement the district has made allows the district to do this at essentially no cost to local taxpayers. Without this relationship, the district would have to pay a trading company to get the land at an annual cost received tens of thousands of dollars. "

There is absolutely no way the district would have to pay "tens of thousands of dollars annually" to "maintain" the land under the Harmful Weed Act simply by offering it for agriculture as it has done for decades. So I answered him and wait for his answer.

Imagine if every farmer in the state had used the same lame excuse: Dear Treasury Department, I am no longer farming my land, but instead clearing it of harmful weeds "by whatever means I think appropriate".

This is nothing more than a school district that provides favorable treatment to a person at the taxpayer's financial expense.

Planning for adjustments in tax law

SHAREHOLDER WARNING: Regulation agency Pomerantz is reminding shareholders of a loss on their funding...