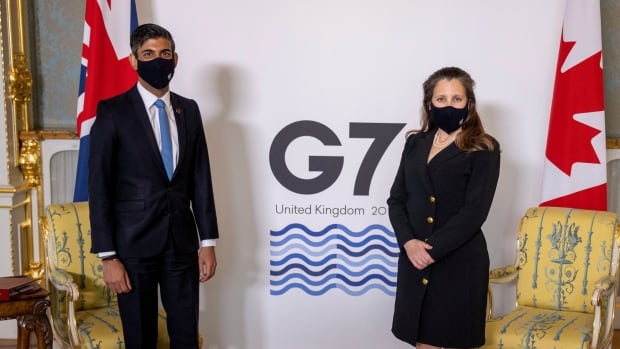 She also said the Liberal government still intends to introduce a three percent tax on digital services, which was announced in last month's federal budget and is due to come into effect next year, subject to international agreements.

The first "pillar" of the deal, announced on Saturday, would give countries where large multinational corporations tax corporations the right to at least 20 percent of any profit over a 10 percent margin. The second pillar includes setting a global tax floor of 15 percent for companies, which is implemented from country to country.

“Multinational corporations have to pay their fair share of taxes. Shopping by jurisdiction allows them to avoid that, "Freeland said on a call with reporters on Saturday, referring to business and accounting practices that shift profits to low-tax countries.

Central questions remain, in particular which multinational companies will be covered by the new rules in the first pillar and how the new taxed profits will be distributed among the countries concerned.

Multinational corporations have to pay their fair share of taxes and the @ G7 has just outlined a way to make this happen. This is good news for Canadians and Canadian businesses and will ensure them a fair and level playing field in the global economy. https://t.co/keEc2RpPTR

Freeland told reporters that the government still intends to continue the digital services tax announced in April. At the time, it was phrased as a step forward while multilateral agreements were being negotiated, and Freeland said she hoped national and international politics could "mesh".

The communiqué agreed by the G7 finance ministers indicated that work should be done to coordinate existing national digital taxation measures and future international agreements.

"We will ensure adequate coordination between the application of the new international tax rules and the elimination of all taxes on digital services and other relevant similar measures for all businesses," the communiqué reads.

US Treasury Secretary Janet Yellen said European countries would abolish existing taxes on digital services, which the United States believes discriminate against US businesses if the new global rules come into effect.

When asked on Saturday whether the new rules would cover major US tech giants, Yellen said the new regime will "include large profitable companies, and I believe these companies will be eligible by almost any definition."

"We can't do this alone"

Freeland was careful to style Saturday's announcement as an "agreement" or "position" rather than a deal, saying it was an important first step towards a global pact.

The G7 position now has to be presented at a meeting of the G20 countries next month, followed by an ongoing dialogue led by the Organization for Economic Co-operation and Development (OECD) involving more than 125 countries.

“Canada recognizes – and I believe all of my G7 partners recognize – that we cannot do this alone. We wouldn't dream of that, ”said Freeland.

Whether and how the position of the G7 could change if it is presented to a wider international audience, the finance minister did not make. 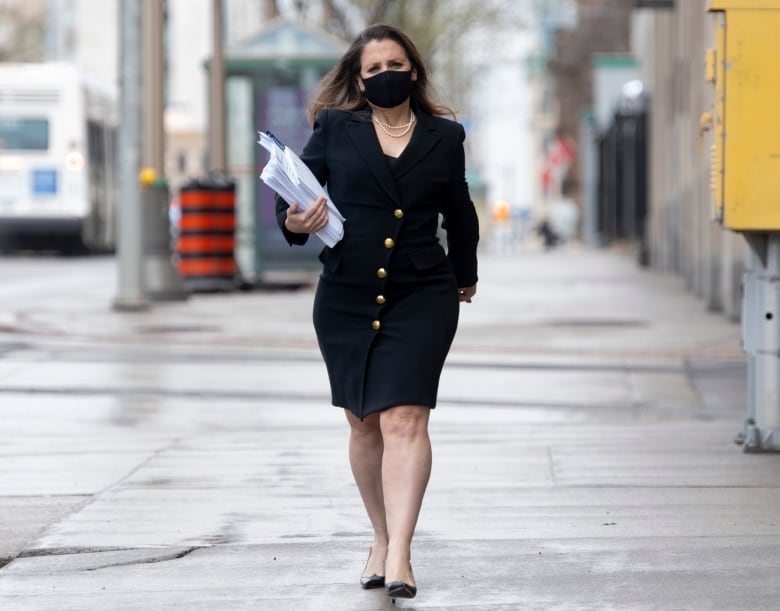 Freeland attends a press conference before presenting the federal budget on April 19 in Ottawa. The budget included the government's plan for a three percent tax on digital services. (Adrian Wyld / The Canadian Press)

"The communiqué released today by the G7 reflects all of Canada's positions," she said, stressing that the changes on a minimum tax and tax base would have to work together.

Freeland's ministerial counterpart in Ireland, which has a corporate tax rate of 12.5 percent, stressed the need to continue the conversation beyond the G7 to the ongoing dialogue between the Organization for Economic Co-operation and Development and the G20.

"There are 139 countries at the table, and every agreement must meet the needs of small and large countries, industrialized and developing countries," said Paschal Donohoe.

“There is still important work to be done,” said OECD Secretary General

Allison Christians, a professor of tax law at McGill University, said the G7 deal fell short of the spirit of a year-long process led by the OECD known as the Inclusive Framework.

"The last 10 years has been about building a more inclusive body where it should play a role what other countries think," she said on Saturday. “Historically, the seven richest nations in the world dictate what the tax system will look like for everyone else.

Christians, however, said that while the process is "unfair", in itself it is unlikely to undo a global agreement. "The world we actually live in is the world in which the G7 controls these rules," she said.

Mathias Cormann, who was sworn in as the new Secretary General of the OECD last week, said the G7 announcement was a "groundbreaking step" towards tax reform, but that there was "important work" still to be done. 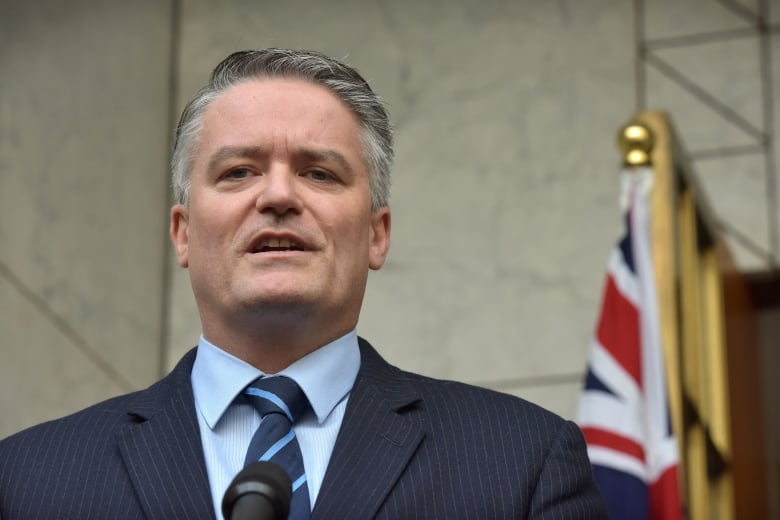 Mathias Cormann, who was announced as Australian Treasury Secretary in 2018, is the new Secretary General of the OECD, which is leading a major international push on tax reform. (Mark Graham / AFP / Getty Images)

David Duff, law professor and director of the tax program at the University of British Columbia Law School, disagreed that it was about the G7 imposing rules on the rest of the world.

“I think it's just a phase in the whole process, I don't think they anticipated it. They just said they were on board and obviously it has to be a broader group to make it happen. " he said.

Duff said it was unlikely that there would be any major changes to the structure of the "pillars" identified in the agreement in later talks with a broader international group. However, he noted that there may be some negotiation going on over the details, including the companies that are covered.

Duff also said that in addition to the challenge of getting the rest of the world to sign, there is the issue of national law. "How it will work to translate everything into national law will be a challenge," he said.

Google said on Saturday that it "strongly supports" the work to update international tax rules.

"We hope that the countries will continue to work together to ensure that a balanced and lasting deal is concluded soon," said Google spokesman Jose Castaneda in an email.

Facebook assumes that it will have to pay more taxes in more countries due to the agreement.

"We want the international tax reform process to be successful and we recognize that this could mean Facebook pays more taxes elsewhere," said Nick Clegg, vice president of global affairs at Facebook.