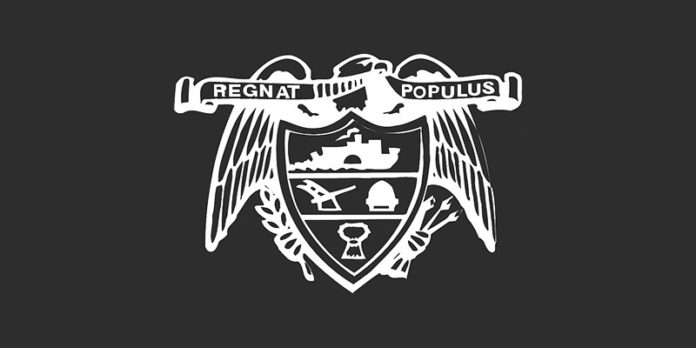 In the spring of 2017, I was pregnant with my third child. He was my first boy.

We were very excited for him to be born and, like any parents, were preparing for him. We purchased a new crib, a new car seat, diapers, and clothes. Then, at 37 weeks of pregnancy, just three weeks from his due date, we went to the hospital because I felt uncomfortable.

The nurses could not find his heartbeat. Hours later, a doctor finally confirmed that he had died in my womb.

Shortly after, I gave birth to Caleb Marcus, just as I had his older living sisters. While we held him, we decided to cremate him and made initial arrangements for his funeral. Eventually, we purchased a cremation niche at a beautiful cemetery for him.

The next year, when I completed our federal tax return, I was able to claim my two older daughters as my dependents, which entitled me to a tax benefit. Federal tax law provides this benefit because of the extensive costs of parenting. Even though I incurred similar expenses for Caleb, I could not claim any federal tax benefit for him.

Because he died shortly before birth, federal tax law does not acknowledge his existence or our expenses.

Notably, had Caleb died just minutes after being born, I could have claimed him as a dependent on my taxes. This is true even if he had been born severely prematurely, like at 23 weeks. But Caleb died, still in my womb, shortly before his due date, meaning federal tax law does not consider him a dependent.

This makes no sense because I incurred the exact same expenses for him as I would have had he been born alive and died shortly after.

To help remedy this illogical treatment, Arkansas Gov. Asa Hutchinson recently signed Paisley’s Law. This law, introduced by Rep. Les Eaves, R-Searcy, and named after his stillborn granddaughter, gives parents a $500 income tax credit if their child is stillborn. Stillbirth is a pregnancy loss after 20 weeks of pregnancy but before birth.

My son Caleb was one of the approximately 24,000 stillborn children born each year in the United States. The overall risk of stillbirth is one in every 160 pregnancies, although not all women face the same risk. Studies show that Black women and poor women face double the risk of stillbirth compared to white women and women of higher socioeconomic status, respectively.

According to the Star Legacy Foundation, a stillbirth advocacy group, 244 stillbirths occurred in Arkansas in 2017. Our state rate of stillbirth (6.5) is higher than the national average (5.6); only 12 states and the District of Columbia have a higher stillbirth rate than Arkansas.

In the meantime, Paisley’s Law will help parents not only with the unexpected financial costs of stillbirth, but also by affirming parenthood.

A broader idea of reproductive justice recognizes a woman’s right to have a child and to parent that child. Studies show that most parents still very much consider their stillborn child as their child, just as I consider my son. Yet numerous laws, including federal tax law, tell these parents that their stillborn child is not a child.

Paisley’s Law, on the other hand, affirms for parents that their child did exist even if he never took a breath outside the womb.

Although I hope that no other mother ever has to give birth to her stillborn child, I am thankful that Paisley’s Law will help her with the many unexpected costs of stillbirth and provide some recognition of her child.