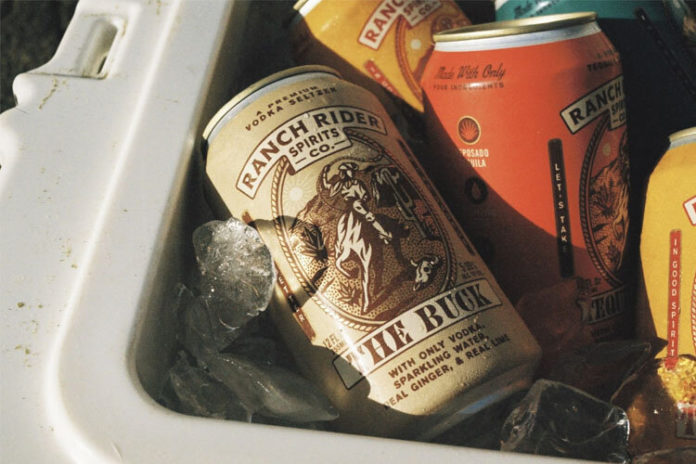 SB 3452 would see New Jersey tax spirits-based RTDs below 9.9% ABV at the same state rate as beer: 12 cents per gallon. Right now, the state taxes any spirits-based RTD cocktail at the same rate as liquor: $5.50 per gallon. The bill unanimously passed out of the Senate Committee on May 20 and is now in the hands of the Senate Budget and Appropriations Committee. The lower tax has two potential consequences: Manufacturers of spirits-based RTDs could either price them lower than they are currently, or make better margins on their sales.

Brewbound reports a coalition of large beer companies and industry groups, including the Brewers Association (BA), the Beer Institute (BI), National Beer Wholesalers Association (NBWA), the Brewers Guild of New Jersey, and the Beer Wholesalers’ Association of New Jersey, have all written to lawmakers expressing their opposition. They argue that beer deserves its lower tax rate because it is generally a lower-ABV beverage and because beer makers typically earn lower margins than spirits producers. In the most recent data available, the NBWA tracked the average ABV of beer sold in the U.S. at 4.69% in 2017.

Whether these arguments successfully block SB 3452 will be a litmus test of the beer industry’s messaging on this issue. If New Jersey does move to lower excise taxes on spirits-based RTDs, it could signal beer needs to find a new playbook.

Jim McGreevy, CEO of the Beer Institute, which represents the U.S.’s largest beer companies, called lower excise taxes on spirits-based RTDs an “existential threat” to beer. If these products were taxed like beer and could therefore retail at a price more in line with beer, it would only pour gasoline on the already white-hot RTD cocktail category.

The U.S. market for premixed cocktails, including RTDs, grew more than 39% in 2020 to $489 million last year, according to the Distilled Spirits Council of the United States (DISCUS), the spirits industry group advocating for lower excise taxes on such products. If hard seltzer is considered an RTD, the category becomes even stronger: According to figures from financial services firm Credit Suisse, seltzer- and spirits-based RTDs are expected to sell roughly 350 million cases (25 million beer barrels) this year. That’s about the same amount that Bud Light and Budweiser sold combined in chain retail outlets tracked by market research firm IRI last year. According to data cited by alcohol industry newsletter Retail Untapped, the best-selling canned cocktail brand in the U.S.—which it did not name—increased volume sales nearly 4,000% from 2019 to 2020.

As RTD sales are ascendant, beer has struggled: For two decades, beer has lost market share to spirits in the U.S. By 2024, beer will likely represent just a third of the U.S. alcohol market.

So it’s with a do-or-die mentality that beer is pushing back against SB 3452 in New Jersey. In New Jersey, packaged beer, wine, and liquor are all available only at liquor stores, not grocery or convenience stores. That means beer doesn’t enjoy the “access” advantage that it does in other states, where it’s able to be sold in more stores than spirits-based products. National beer groups likely see the state as just the latest domino to fall in the campaign to make RTDs more available and more competitively priced. States including Nebraska and Michigan both lowered excise taxes on RTD cocktails in May, and in Pennsylvania, legislation has been introduced that would expand RTD cocktail sales beyond state-run liquor stores to bars and restaurants.

“Ready-to-drink cocktails saw a huge increase in 2020 and show no signs of slowing down,” David Wojnar, senior vice president and head of state public policy for DISCUS, said in a statement. “Allowing spirits-based RTDs to be sold at additional retail outlets like grocery and convenience stores will increase consumer convenience and provide additional tax revenue to the state.”

Those in favor of lowering taxes on RTDs say that it’s unfair to tax a 9% ABV canned cocktail much higher than a 9% ABV beer. Advocates for reform have made the case that lower excise taxes would be good for small distilleries’ business, would save consumers money, and would ultimately grow tax revenue if sales of RTD cocktails increased at a higher rate than they currently are.

Both the spirits and beer camps are leveraging the advantages their categories have in the battle over RTDs. For spirits, that’s a wildly popular product that drinkers are demanding. For beer, it’s a historical tax and retail placement advantage. The side with arguments that are most salient with lawmakers will win out.

In Nebraska, for example, a pro-business and pro-tax fairness message helped pass LB 578, which reduced taxes on RTD cocktails under 12.5% from $3.75 per gallon to 95 cents per gallon. It passed despite the Nebraska Liquor Control Commission’s (NLCC) finding that the bill would create an initial tax revenue loss of $1,674,073 this fiscal year, and $974,035 next fiscal year, because companies would be paying less. The NLCC did state that “rapid growth” in RTDs as a result of the lowered taxes could make up for that initial revenue loss.

“We had a big pitch to senators about how this would actually increase tax revenue receipts. … This is how our distilleries are going to grow,” says Vanessa Silke, a licensed practicing attorney whose client, Brickway Brewery & Distillery, was a major voice in advocating for the lower excise tax.

Silke is also the registered lobbyist for the Nebraska Craft Brewers Guild, which did not oppose the excise tax reform. In Nebraska, many craft breweries also hold distillers’ licenses, so the spirits and beer industries are not as divided as they are in other states, or nationally. Instead, Silke says, advocates for reform in that state were able to make a commonsense argument to lawmakers and the public.

“How can we continue to tax a beverage this high? It’s completely out of whack with other options that have a similar ABV in the marketplace,” she says.

Silke says she wasn’t aware of any opposition from national beer industry groups to Nebraska’s legislation. But in New Jersey, such groups are arguing that, in fact, a beer and a cocktail of equivalent ABVs should be taxed differently. Apparently, New Jersey’s proposal was just a bridge too far for beer industry groups.

Someone familiar with plans to oppose New Jersey’s legislation, who requested their name not be used in discussing behind-the-scenes efforts, told GBH that while brewers and distributors are monitoring these proposals in every state, “the New Jersey proposal is especially troubling as it drastically reduces the spirits-based RTD excise tax rate by well over $5 a gallon.” Plus, they note, beer has a large footprint in New Jersey, with a $6.3 billion economic impact.

One of the primary ways the coalition is pushing back against the bill is by arguing that beer should continue to enjoy a categorical tax advantage over spirits.

“All alcohol is not created equal,” a spokesperson for the Beer Institute told GBH in a statement. “Countries around the world, as well as the U.S. federal and state governments, have for many years acknowledged beer’s moderate alcohol content and the economics of its production and distribution. For these reasons, beer has historically had a lower excise tax rate and broader consumer access than hard liquor.”

The argument for beer as a beverage of moderation dates back as early as the 19th century. Benjamin Rush, a signer of the Declaration of Independence and a campaigner against distilled spirits, excepted beer and wine as a different category of beverage, praising them as “temperance drinks.”

The alcohol industry across the country will be watching whether a modern version of such arguments proves persuasive with New Jersey lawmakers. Beer Marketer’s Insights’ June 7 newsletter said regardless of whether it passes or not, SB 3452 will be “a sign of things to come.” It will signal judgment on the rhetorical and business strength of each side’s arguments, and will act as a litmus test of whether a national pushback from beer can counter DISCUS’ push.

However, there’s a chance that the legislation won’t be voted upon before the state legislative session adjourns on June 30, which would mean the issue could be revisited in early 2022.

That might be the most frustrating scenario of all: The beer industry could be left waiting to see whether its arguments hold water with lawmakers. But as they’re in a holding pattern, other legislatures aren’t waiting to introduce legislation that could expand the RTD market in their states.

How will Louisiana taxpayers be affected when the so-called “tax swap” package deal turns...