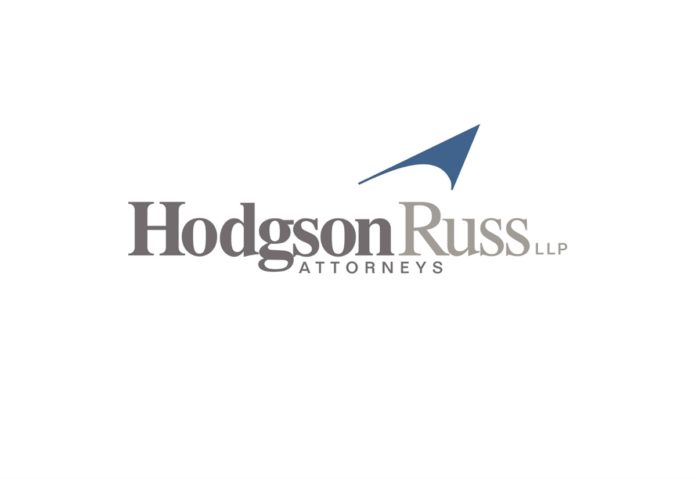 There were one ALJ Order and four Determinations posted since the cases covered in our last report.

The Notice issued by the Division was dated November 7, 2018. The Petition was mailed more than one year later on December 11, 2019. So your standard timy, right? Nope.

Judge Connolly denied the Division’s motion to dismiss the petition. Petitioners alleged that they filed for and received a BCMS conference that was either discontinued (or for which an Order was received) on November 27, 2019. While the Division, in its Answer, denied that a BCMS conference had been requested, neither the affirmation nor the affidavit submitted by the Division in support of its motion offered any proof that a BCMS request had not been filed. The Judge found that this left unresolved a material and triable fact on the issue of timeliness. So the Judge ordered that a hearing would be scheduled in due course.

In November 1975, Spanish Dictator Generalisimo Francisco Franco died. For the next season-and-a-half, the nascent late night show “Saturday Night” (you know it now as “Saturday Night Live”) had a running gag as a part of its “News Update” (you know it now as “Weekend Update”) segment during which Anchorman Chevy Chase (“and you’re not”) would announce in various ways that Generalisimo Francisco Franco was still dead. Was this funny? I know of at least one suburban high school junior that found it hilarious. Why am I bringing this up now? I don’t know.  I’m probably just feeling nostalgic.

Footnote 1 of Judge Connolly’s Order confirmed that Yehad Abdelaziz is not authorized to represent petitioners before the DTA.

Judge Russo granted the Division’s motion to dismiss on timeliness grounds. The Division was found to have proven both its standard mailing procedures and that they were followed when the Division mailed the Notice to Petitioner’s last known address on January 15, 2019. The petition filed on December 11, 2019, was therefore filed too late to challenge the Notice. And because it was filed before the Order dismissing the BCMS Conference (also on timeliness grounds), the petition was too early to challenge the BCMS Order. Even if the petition had been found to have been a timely challenge to the BCMS Order, the Judge would have dismissed it anyway since Petitioner had not satisfied his burden to prove that he had filed a timely BCMS request.

The Judge found that the Division had proven its standard mailing practices but not that they were followed when it mailed the Notice to Petitioners’ last known address on January 3, 2019. The Division submitted only 3 pages of the certified mailing record (“CMR”) to support the mailing of the Notice, and Judge Galliher found that the incomplete CMR did not constitute sufficient proof that the Division had followed its standard mailing process. However, the Division snatched victory from the jaws of defeat by proving actual delivery of the Notice to Petitioners on January 5, 2019. Accordingly, the BCMS request filed by Petitioners on August 21, 2019 was late. So Judge Galliher granted the Division’s motion for summary determination. And, this just in, according to the Determination, Yehad Abdelaziz is still not a person authorized to represent petitioners before the DTA.

The Division requested substantiation of business expenses, proof that the claimed dependents resided with Petitioners, childcare expenses, etc. Petitioners did not provide the requested information, so the Division issued a Statement of Proposed Audit Adjustment increasing Petitioners’ gross revenue to $54,321 (Really? 5…4…3…2…1?  Smells fishy to me). And since the Division received proof of only about $4,000 of expenses, it asserted Petitioners owed tax on more than $50,000 of income. The same Statement indicated that Petitioners’ child and dependent care credit was being denied for lack of documentation of allowable expenses and that the earned income credits were being denied because, without an offset for the unsubstantiated business expenses, Petitioners’ income was too high to qualify for the EICs. On November 16, 2016, the Division issued a Notice of Deficiency based on the above for $2,732.04.

For 2015, pretty much the same deal: Petitioners filed returns reporting a net profit of $11,116 and claiming a bunch of credits. On August 31, 2016, the Division issued an “Adjusted Refund Notice” to Petitioners denying all of the credits they claimed.

Petitioners requested a BCMS conference for the 2014 year. The BCMS Order sustaining the 2014 Notice was issued on November 10, 2017. On February 13, 2018, the DTA received Petitioners’ petition challenging the 2014 BCMS Order and the 2015 Adjusted Refund Notice.

The parties agreed to submit the case based on documents and waived the hearing, and a submission schedule was established. The Division timely filed its submission. Petitioners did not make a timely submission, file a timely initial brief, or request any extensions. The Division timely filed its brief. Petitioners did not file a reply brief or request an extension. More than a month after the dates for submissions and briefs had elapsed Petitioners made a motion to extend the time for submissions and briefs, and that motion was denied in an Order we reported on here.

In light of Petitioners’ failure to submit any evidence, it is no surprise that Judge Russo found that Petitioners had not satisfied their burden of proving that the Notices were erroneous.

Not that it would have affected the outcome, but based on the Findings of Fact, it looks to me like the part of the Petition challenging the 2015 Adjusted Refund Notice may not have been timely.

When it comes to sales tax, form matters. And in this case, the imprecise and somewhat contradictory evidence regarding the form of what should have been a nontaxable equity purchase caused the Judge to sustain a sizable sales tax bill.

Based on the facts found, it appears that Petitioner intended to purchase the equity of a single-member LLC. Equity or ownership interests of an entity are considered to be intangible property and sales of intangible property are not taxable under New York’s sales tax law. So how did this entity purchase end up incurring tax? Well, the short answer is that some evidence in the record seemed to indicate that the form of the transaction was that of an asset purchase, taxable to the extent the underlying assets were not exempt. For example, a payoff letter issued in connection with the transaction indicated that all equity interests in the target were to be purchased on the purchase date and “in connection therewith, all such equity interest and all assets of (the target) are to be transferred . . . .”  This doesn’t strike me as particularly damaging – it seems more like overly verbose (and perhaps imprecise) legalese to me.

What’s tougher to reconcile is that, while the purchase agreement and some other documentation seem to indicate that Petitioner intended to purchase the equity of the target LLC, some of the assets that were transferred were listed on Petitioner’s general ledger and were commingled with those of Petitioner and other subsidiaries. Perhaps we could simply chalk this up to sloppy bookkeeping. But then Petitioner, a publicly-traded entity, also issued a Form 8-K/A that included a table summarizing “the consideration paid and the amounts of the assets acquired and liabilities assumed recognized at the acquisition date.” Now the contradictions are starting to add up. A pattern of inconsistent treatment is tougher to explain away than one isolated inconsistency. The last nail in the coffin: the balance sheet of the target LLC’s final federal partnership return showed the elimination of tangible personal property on the date of the acquisition.

So the bottom line is that while there was certainly evidence in the record to support the conclusion that the transaction was a nontaxable purchase of intangible ownership rights, there was contradictory evidence in the record that created doubt as to the form of the transaction. And because Petitioner had the burden to prove by clear and convincing evidence that the Division’s assessment was erroneous, this ambiguous evidence proved fatal to Petitioner’s efforts. Still, the language contained in the main purchase agreement and some ancillary documents provided pretty strong evidence that this was intended to be equity sale. It will be interesting to see if Petitioner appeals. The good news for Petitioner is that the ALJ cancelled more than half of the assessment because she found that many of the assets were exempt from tax for other reasons.

Canada is pushing the luxurious tax on airplanes

Mexico’s Subcontracting Reform Has Been Printed