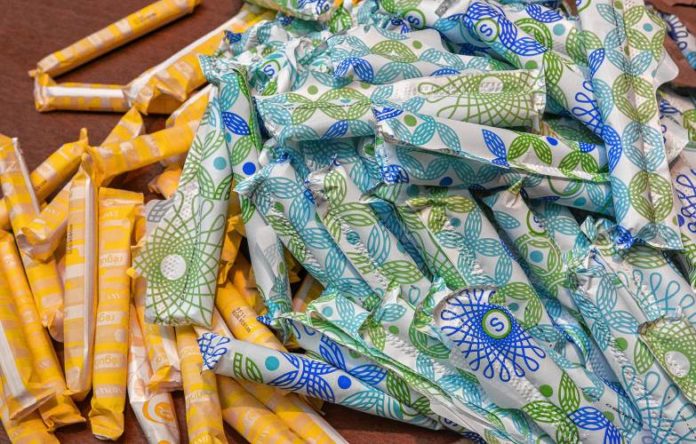 MONTPELIER — A bill that would exempt feminine hygiene products from Vermont’s sales tax has been sent to the Senate floor for a vote.

The bill, SB 53, would lift the sales tax from products including tampons, panty liners, menstrual cups and similar products “designed for feminine hygiene in connection with the human menstrual cycle,” it reads. The Senate Finance Committee voted, 7-0, Wednesday to recommend passage.

Feminine hygiene products are currently subject to Vermont’s 6% sales tax, with an additional 1% local option tax in some communities. State law currently exempts other medical supplies, such as adult diapers and bandages, from the tax.

The measure would cost the state an estimated $685,000 a year in forgone revenue, according to the Joint Fiscal Office. But according to Sen. Chris Pearson, P/D-Chittenden, one of the bill’s lead sponsors, “This is good policy that corrects an injustice that’s been embedded in our tax code since we started having a sales tax.”

In the past, lawmakers have discussed exempting feminine hygiene products from the sales tax. But this is the first time the proposal has advanced to a Senate vote.

In December 2019, a group of Democratic lawmakers sent a letter to the Vermont Department of Taxes requesting that the Scott administration exempt menstrual care products from the state sales tax.

“These products are … necessary for the health of women and girls,” the five lawmakers wrote then. “They are not merely ‘hygienic’ products. Women and girls risk infection and other maladies if non-sanitary products (or no products) are used to absorb menstrual blood.”

“For example, adult-use diapers are exempt from sales tax,” he said. “Those are not a luxury item, but they’re used by men and women alike, and we exempt them from the sales tax because we consider them to be a medical necessity. How in the world do we not treat tampons and pads similarly? I can’t think of a single justification for that.”

Tax Commissioner Craig Bolio told the lawmakers who authored the 2019 letter that changing the regulations could put Vermont out of compliance with the multistate “Streamlined Sales Tax” agreement, and suggested that lawmakers refocus on legislation instead.

A Senate committee considered the issue again last year, but the arrival of the pandemic halfway through the 2020 legislative session stymied that effort, Pearson said.

Now, the bill’s sponsors hope that support for the effort has broadened.

“I think there’s a growing push by legislators to say, ‘Look, these are products that women and girls and non-binary folks who menstruate need. They’re not optional,’ ” said Sen. Ruth Hardy, D-Addison, another member of the Finance Committee and a cosponsor of the bill.

The legislation is “recognition that access and taxation are important tools that we have to advance gender equity,” Hardy said.

She said she was optimistic that it would draw support from Republican senators who want to lower taxes on Vermonters and from Democratic and Progressive senators who are likely to agree with the goal of increasing access to necessary health care products.

“The governor is always supportive of working to reduce the tax burden on Vermonters and looks forward to reviewing this legislation in more detail as it makes its way through the legislative process,” Maulucci said.

The legislation could protect Vermont from future lawsuits, Pearson said. He’s read about recent actions against other state governments, including Michigan, over the right to tax the sale of feminine hygiene products, Pearson said.

Many states have considered exemptions to feminine hygiene products in recent years. Thirty-five states had taxes on those products in 2019, and as many as 22 considered eliminating some form of taxation on tampons and other products related to menstrual care.

A disparity in how Vermont and other states tax feminine hygiene products while exempting other health care products from taxes highlights the need for legislation like SB 53, Pearson said.