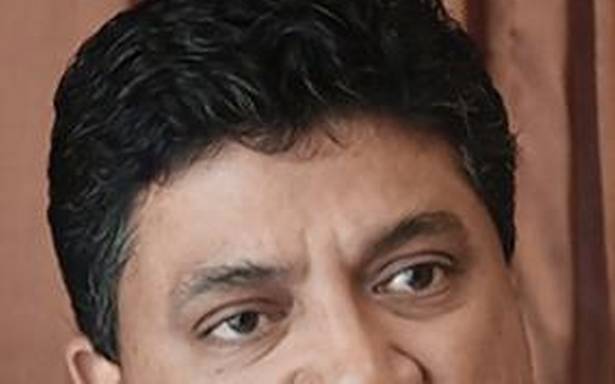 Tamil Nadu Finance Minister P.T.R. Palanivel Thiaga Rajan on Sunday ruled out a cut in VAT on gasoline and diesel in the circumstances, but promised to cut it once the state's finances improve and the injustice inflicted on Tamil Nadu in the distribution of tax revenues is resolved is.

“Although we kept many promises, we were not able to lower the VAT on gasoline and diesel under the given circumstances. I will explain why it is not possible now, ”he said.

Mr Rajan said that after the BJP came to power at the center in 2014, total taxes and excise duties on gasoline from 10.39 yen (of which 50% excise duties shared with states) to 32.9 yen (from of which only 1.4 were shared with the states) in the Union budget 2021.

"In the last year alone (2020-21) the revenue of the Union government from excise taxes and surcharges on petrol and diesel from 2.4 lakh crore to approx. The revenue collected by the Union for these products fell from 1,163 crore to 837 crore" , he said.

Mr Rajan added that states' share was further reduced by about 50,000 billion yen after the addition of the agricultural tax instead of the excise tax in February 2021. “If a state government, which is already confronted with such a loss, further lowers VAT, this amounts to aiding and abetting the unfair acts of the Union, which has increased the taxes and surcharges and at the same time appropriated the share of the states. It will be an injustice to the people of the state, regardless of the ruling party, ”he said.

The minister estimated that for one rupee raised by the Union from the average Tamil through direct and indirect taxes, about 35 Paise is the amount the Union pays that citizen through grants and tax shares.

As a further benchmark, he cited that while Tamil Nadu was the source of around 10% of India's GDP and tax contribution, the 15th Finance Commission's formula was only around 4% of the 41% allocation of the Union's tax revenue to all states combined ( 4% from 41% = 1.7%), after deducting taxes and surcharges.

He also claimed that the center did not cut gasoline and diesel prices even after the price of crude oil fell.

The minister said Tamil Nadu levies less VAT than many other states. “But these states get more from the center and still levy more VAT. How can we run the government if we keep cutting VAT? ”He asked.

Mr Rajan said the government doesn't just depend on the TASMAC liquor stores for revenue. He said work was underway on the preparation of a white paper on public finances and it would be presented to the assembly two weeks after the governor's address.

There on the Starting: Bruce Heine

Buyer Bancorp broadcasts the closing date for the conditional particular distribution in reference to...