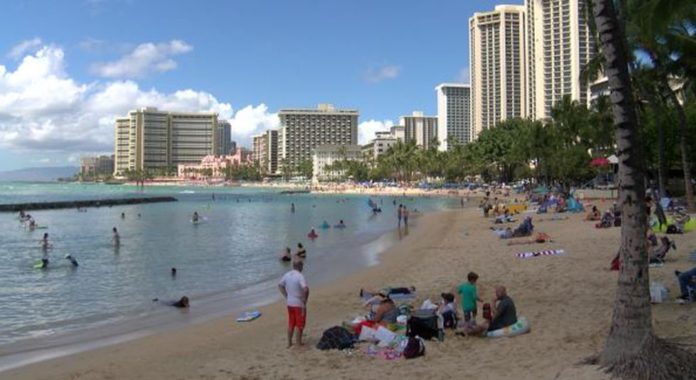 HONOLULU (HawaiiNewsNow) – Leaders of Hawaii’s four counties appear split on whether Gov. David Ige should sign a measure that would allow them to levy their own transient accommodations taxes.

Under the measure, the counties would no longer share part of the revenues from the 10.25% tax.

The counties had been splitting $103 million a year from the tax, which is charged when anyone pays for a hotel room. But the governor halted the sharing last year during the pandemic.

“Those funds are important,” said Hawaii County Mayor Mitch Roth. “Without those funds, that’s about a $19 million hole in Hawaii County, in our budget.”

If Ige signs the measure, that sharing will stop permanently, with the state keeping all the revenue. However, the counties would be allowed to levy their own TAT, up to 3%.

Roth doesn’t want to do that. He said it will make it more expensive for vacationers — including locals who want a staycation.

“We add that 3%, and we’re now saying, ‘For those of you who live in Hawaii, you can’t take a vacation because we just put it out of your price range,’” he said.

“There are several ways they can look in terms of being very careful of grabbing this so quickly and making us the most expensive leisure destination to come to,” said Mufi Hannemann, president and CEO of the Hawaii Tourism and Lodging Association.

Hannemann said if you add the current tax, the possible new tax, and the general excise tax of up to 4.712%, that will result in a tax of more than 18% added to a room rate. He said that could put a roadblock in the tourism industry recovery as COVID subsides.

“Right now we kinda have the corner of the market of being a healthy destination to come to,” said Hannemann. “The competition hasn’t really kicked in. They will.”

While Roth and Hannemann want Ige to veto the bill, Honolulu Mayor Rick Blangiardi supports it. In a statement, he said, “I support HB 862 as it provides the City the option of restoring a revenue base which has been lost – allowing us to continue services to our people.”

Kauai Mayor Derek Kawakami’s office said the county was ready to pursue the 3% tax. A spokesman for Maui Mayor Mike Victorino said he won’t comment until the governor takes action on the bill.

The governor’s office said Ige has not indicated how he will act on the measure. He has until Monday to sign the bill, veto it, or let it become law without his signature.

World Tax Alert: Modification to the CIT Act in Poland