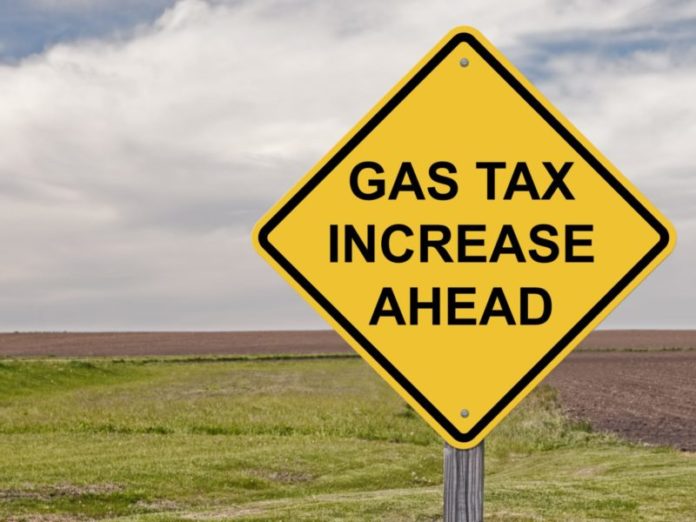 Fireworks are exploding in some corners of the state as new gas tax hike is set to take effect on July 1.

Californians already pay the highest gas taxes in the nation. This hike adds another 0.6 cents to existing state tax for a total of 51.1 cents per gallon. That’s 21 cents higher than Californians paid just four years ago.

Not only are California’s state gas taxes the nation’s highest, but the state’s average price per gallon is the highest as well:

State Senator Andreas Borgeas, R, CA District 8, is urging people register their opposition to the gas tax increase online, even providing a website link for a form to do so.

“This increase is estimated to cost CA drivers $83M next year alone,” Borgeas wrote in a Tweet. “The gas tax should be put on hold immediately.”

In the spring of 2017, legislators in Sacramento passed the Road Repair and Accountability Act, or SB1. The act was meant to address a lack of funding for the state’s transportation infrastructure. Instead, some argue that it became a giant slush fund for Democrats and their pet projects.

An annual inflation adjustment was part of the transportation tax package pushed through the Legislature and signed by Gov. Jerry Brown in 2017. The law known as SB 1 added 12 cents to the per-gallon cost of gasoline on November 1, 2017, then another 5.6 cents on July 1, 2019, and 3.2 cents more last July 1. The next upward adjustment will bring the California excise tax on gas to 51.1 cents per gallon. SB 1 also increased the taxes on diesel fuel and raised the cost of registering a vehicle.

Californians are paying a great deal in taxes. How much is going to road repair and maintenance?

According to a study by the Reason Foundation in November, 28.5% of California’s urban roads are in poor condition, the third-worst ranking in the country. Nationally, only 12.06% of pavement, on average, earns the ranking of “poor.”

That’s based on data on road conditions collected in 2018, when California had a massive backlog of deferred maintenance. The state’s long habit of collecting fuel taxes but not delivering on the promised road maintenance has helped to fuel distrust of government. During a 2018 campaign to repeal the gas tax hike, Caltrans showed voters a website with a list of projects and promised that those projects would be completed.

Now,  Caltrans says it doesn’t have enough money to finish all the projects that were promised up and down the state. In a report to the California Transportation Commission, Caltrans said “the available funding will address about 45% of the total identified needs.”

The Reason Foundation report notes that while the national average cost of road maintenance in 2018 was $15,952 per mile, California pays about twice that much due to labor laws that require the highest wages in the region, and also due to the generally high costs in the state. California taxpayers pay the highest possible price for everything the government builds or maintains.

Although an increase of 0.6 cents may not seem exorbitant, the newest hike comes after consecutive years of increases and a mere two weeks after the state’s emergence from its 453-day lockdown ordered by none other than Gov. Newsom.

Gwendolyn Sims, a a freelance contributor to PJMedia, writes that, “Common sense says a hike in the gas tax now, while the state is still reeling from the lockdown and other challenges, will only increase the cost of goods and services at a time when most Californians–especially our low-income residents–can least afford it.”

Scottsdale (Metropolis of) AZ — Moody’s proclaims updates to the sale title and par...