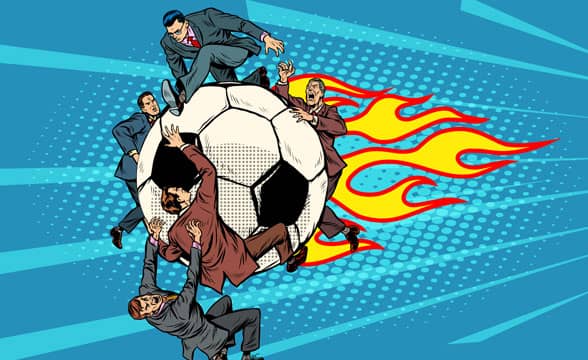 Soccer in Kenya is facing new troubles as the government is preparing to reintroduce a once repealed 20% excise tax on sports gambling.

Excise Tax on Gambling to Be Reintroduced in Kenya

Kenyan soccer clubs are once again in a pickle after the National Treasury and Planning Cabinet Secretary Ukur Yatani said that a previously repealed 20% tax on sports betting companies will return, the Tuko reported.

The news was delivered late last week during the 2021/2021 budget reading session, which announced that the contentious tax would be reinstated. The 20% sports betting levy has long been the root of much discontent in Kenya and led to the withdrawal of numerous sportsbooks in the past and, with them, much-needed funding for sports in the country.

Yatani explained the need for a higher sports betting levy by arguing that additional budget funding is needed and the negative social effects that are usually attributed to gambling in general. The announcement elicited a strong response from soccer clubs in the country who objected to the excise tax.

AFC Leopards released a statement on the excise tax and brought up numerous problems that this would lead to. Essentially, ramping up the tax levy would render many clubs unable to continue operations because of existing ties with betting companies that may feel disinclined to continue operation in the country and thus cut funding.

Soccer Rallies against the Measure as Harmful

The club went on to enumerate the distinct advantages of maintaining such sponsorships in place and stick with the existing rate that allows Kenyan soccer to develop further. AFC Leopards noted that a similar sponsorship model was adopted by many soccer clubs around the world, and they use it the same way to fund their operations

The Leopards also noted that Kenyan soccer was expected to return back for next season, but the new excise tax may now slow this down or even completely destroy professional soccer in the country. The club was backed up by Gor. A joint statement by the teams read as follows:

“As we await the National Assembly pronouncement of budget policy highlights 2021/2022, we wish to bring to the attention of the public; members of parliament, and the government the potential negative impact envisaged by the sports sector and particularly the football sector in Kenya, should the 20% excise tax be enacted.”

The clubs argued that the tax was ill-timed and appealed to the government to not risk burdening clubs further in those difficult times and give “the sports fraternity a fighting chance.”

Slowing Down the Country’s Sports Development

The 20% excise tax has long been at the root of everything that has slowed Kenya’s sports development. Sportpesa, one of the principal sportsbooks in the country, was forced out after the government tried to collect excise levy Sportpesa contested was illegal.

Leaving the country, Sportpesa had to drop its sponsorship deals with Gor Mahia and AFC Leopards. Then, a court battle ensued, resulting in Sportpesa overturning the government’s attempts to slap it with excise tax and restoring operations.

Should the excise tax scenario play itself once again, that would probably result in Kenya losing a lot of revenue in terms of funding that goes directly for sports clubs. Even companies such as Betsafe may choose to contest the decision and withdraw support, or even from the country. Many already did in the past, and the government should probably learn from its past mistakes.

In short: direct distribution in USA

How They Voted: A Take a look at Latest Selections by 19th, 20th District...