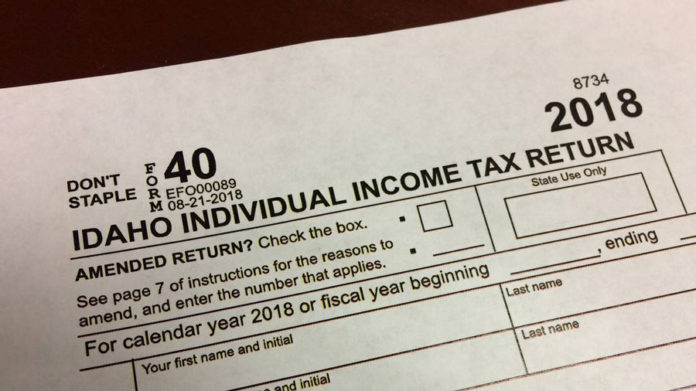 BOISE (AP) — Some Idaho taxpayers will see a one-time tax rebate this summer as part of the income tax legislation passed earlier this year.

Boise State Public Radio reports the one-time rebate will go to full-time Idaho residents who filed income tax returns in 2019 and 2020. Each person will get either a minimum of $50, plus $50 for each dependent, or 9% of the state income tax they paid in 2019, whichever is greater.

It’s part of an overhaul of income tax law that is costing the state nearly $383 million, nearly $163 million of which is ongoing. The overhaul also included rate reductions and consolidation of tax brackets. Supporters claim it’s the largest tax cut in state history, and opponents say the tax cut and the rebate will benefit the rich more than working-class Idaho residents.

The state tax commission is still working out final details on the rebate with state lawmakers and the governor’s office, including how the rebates will be distributed. They could be sent as checks or deposited directly in a taxpayer’s bank account.

Legislature wraps up – The Columbian