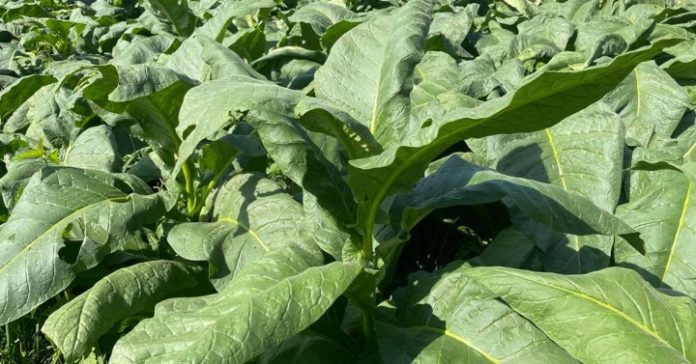 TOBACCO SEASON. The province of Ilocos Norte is eyeing to increase its share in tobacco excise tax with the creation of a monitoring task force to monitor tobacco trading this season. To boost the tobacco industry, a contract growing system is being piloted in the province. (PNA photo by Leilanie G. Adriano)

LAOAG CITY – The province of Ilocos Norte is eyeing to increase its share in tobacco excise tax with strengthened monitoring this trading season.

In partnership with authorities from the provincial government, the League of Municipalities of the Philippines, the National Tobacco Administration (NTA), and the Philippine National Police, the transport of tobacco outside the province will be monitored in border checkpoints to ensure that tobacco grown in Ilocos Norte are properly documented.

On Wednesday, the monitoring task force representing these four agencies convened a meeting at the NTA Batac City to familiarize themselves with the legal basis for the issuance of NTA trading rules and regulations, as well as the rules and regulations in the implementation of regulatory activities.

Luzviminda Padayao, officer-in-charge of the NTA, said during the orientation that the subjects of inspection include traders, vehicles carrying tobacco as well as its volume and capacity, among others.

Five years ago, Ilocos Norte’s tobacco production has dwindled, resulting in a significant decrease in the local government unit’s share under Republic Act 7171 or the so-called tobacco excise tax.

An aggressive campaign to revitalize the ailing industry, a multisectoral group composed of farmers, buyer firms, local government units, and the NTA pooled their resources as they are now directly involved in the Tobacco Contract Growing System (TCGS).

TCGS is a market-oriented and technology-based production system, addressing specific volume and quality requirements of the market.

“This figure may increase, however, as documentation of native tobacco is still continuing,” he said.

The tobacco contract growing system which is being piloted in the province hopes to encourage more farmers to plant tobacco by providing them at least 20 percent subsidy in farm inputs such as fertilizers and pesticides. (PNA)

Authorized reduction: limits of will | life-style

Ann Arbor housing officers already planning how you can use funds raised by new...